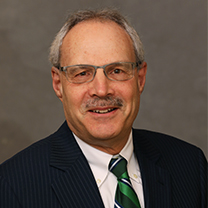 Richard Schlesinger is an American award-winning journalist working as a correspondent for “48 Hours” and also contributes reports to “CBS Sunday Morning.”

How old is Richard Schlesinger? – Age

Schlesinger is so personal when it comes to his personal life. He has not revealed the identity of his parents and siblings; He is not known whether he is married, divorced, widowed, engaged, or dating.

His salary is estimated to be around $72,507 annually.

Schlesinger, an award-winning journalist, has covered a wide range of national and international stories, from mass shootings at a Newtown, Conn., elementary school and a movie theater in Aurora, Colo., to feature stories such as a profile of actor Fyvush Finkel and a report on a company that designs book collections.

Throughout his career, he has investigated stories about the economic realities of America’s middle class, marriage and divorce, the arts, and athletes and violence. As a correspondent for “48 Hours,” he’s gone head-to-head with serial killers, helped push long-running investigations into cold cases, and reported on some stories for more than a decade.

Schlesinger, a renowned news writer, has received two Alfred I. duPont-Columbia Awards and ten Emmy Awards. For his work on the 1997 documentary “CBS Reports: Enter the Jury Room,” he received his first duPont-Columbia Award. He was also a member of the team that covered the Newtown, Connecticut, elementary school shooting, which earned CBS News a duPont-Columbia award in 2014.

In 1984, he joined CBS News as a reporter in the network’s Miami bureau, where he covered stories in the southeastern United States and South America. In 1987, he was transferred to CBS News’ northeast bureau. He has worked at CBS News in almost every department and across all platforms.He previously worked as a reporter for “CBS Evening News” and as a substitute anchor for the network’s morning news and weekend editions of “CBS Evening News.”

Schlesinger was the Washington bureau chief for the Post-Newsweek television stations before joining CBS News (1980-1984). He previously worked as a political reporter for WPLG-TV Miami (1976-1980), where he received the Sigma Delta Chi Award.