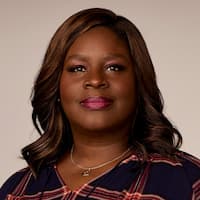 Retta is a stand-up comedian and actress from the United States best known for her appearances on NBC’s Good Girls and Parks and Recreation. She has appeared in a number of films and television shows, as well as on Comedy Central’s Premium Blend.

On Wait Wait… Don’t Tell Me!, she revealed that she dated a man from Georgia who nicknamed her Retta because that’s how the name Marietta sounded where he was from.

She appeared as Ruby Hill, Beth’s best friend, a waitress who is struggling to pay for her daughter Sara’s kidney disease and medical treatments in the American crime comedy-drama television series Good Girls.

The show follows three suburban Michigan mothers, two of whom are sisters, who are struggling to make ends meet. They are tired of having everything taken away from them, so they plan an unlikely heist by robbing a supermarket, only to discover that they are in for more than they bargained for. Their successful robbery catches the store manager’s attention after he recognizes one of the women, but for a reason other than money.

She appeared as Mother in the American comedy miniseries Home Movie: The Princess Bride.

Buttercup and her farmhand Westley fall in love in the story, which is set in medieval times in the fictional country of Florin. Westley departs to seek his fortune in order to marry Buttercup, but she learns of his death at the hands of the Dread Pirate Roberts. The basic plot of the film remains the same in the Home Movie version. In the present day, a grandfather reads The Princess Bride to his dismissive sick grandson. Before allowing him to exact revenge, the grandson allows him to read the book’s final kissing scene.