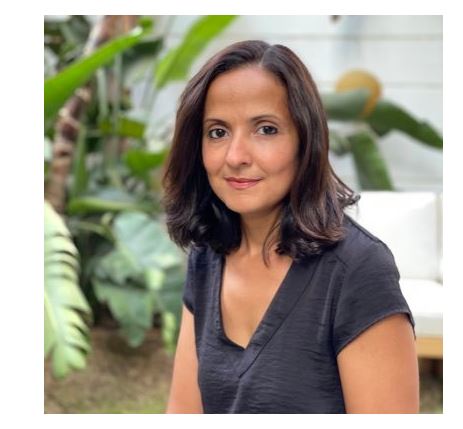 Rawya Rageh is an Al Jazeera English roaming journalist. She was the first Al Jazeera English correspondent to cover the developing demonstrations in Egypt in January 2011, which resulted in Hosni Mubarak’s departure from power, and she covered the ensuing difficult transition for more than two years.

How old is Rawya Rageh? – Age

Where did Rawya Rageh go to school? – Education

Rageh’s family is under review.

Her husband is Scott Nelson.

What is Rageh Salary?

Her salary is unknown.

Rageh’s net worth is unknown.

Rageh began her journalism career as an intern for the Associated Press News Agency while still a student at the American University in Cairo. Following the September 11 attacks, she began working for the agency in earnest. She provided reporting from Egypt, the United States, Iraq, Sudan, Kenya, Lebanon, Qatar, Saudi Arabia, Bahrain, and the United Arab Emirates for several large-scale stories, including Egypt’s role in the US-led “War on Terror“, the Iraq War, the trial of Saddam Hussein, and the war in Darfur. In January 2004, she became the first AP newswoman to cover the annual Hajj Pilgrimage in Saudi Arabia. This entry was posted on July 8, 2010.

Rageh was recruited by the newly formed 24-hour news network Al Jazeera English and began work as a producer for the channel for its launch in November 2006. She began to regularly appear on-air by 2008, reporting on stories such as attacks in Egypt’s Sinai peninsula, and the 2008 Egyptian general strike in Mahalla. In 2010, the channel designated her their full-time Iraq reporter in charge of the Baghdad Bureau. On 25 January 2011, Rawya Rageh was the sole Al Jazeera English reporter on the ground to cover the protests during what was the start of the Egyptian revolution of 2011. Her complete reporting experiences, including her escape from an angry machete-wielding pro-Mubarak mob in the port city of Alexandria, have been documented in the books 18 Days: Al Jazeera English and the Egyptian Revolution, by Scott Bridges, and Liberation Square: Inside the Egyptian Revolution and the Rebirth of a Nation, by Ashraf Khalil. Her live tweets, often utilized by other news outlets in order to reflect the social media of that day, have been preserved in an archived collection maintained by the American University in Cairo, along with other recommended tweets, blogs, and local/regional media. She was live on air to report the 11 February resignation of former president Hosni Mubarak, reporting from outside the Al Ittihadia Presidential palace, and later that night from above a jubilant Tahrir Square.

Beginning in 2013, Rageh began reporting as a roving correspondent for Al Jazeera English in Nigeria and Kenya. Her reports from that time include such stories as the Boko Haram insurgency in Nigeria’s north, attacks along the Kenyan-Somali border by the armed group Al Shabab, and the attempted coup in South Sudan.

On October 17, 2016, Rageh announced via Twitter that she had joined Amnesty International as a Senior Crisis Adviser investigating human rights abuses in emergencies.