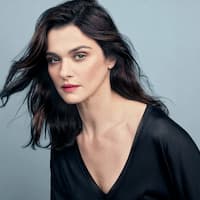 Rachel Weisz is a well-known English actress. She has won several awards, including an Academy Award, a Laurence Olivier Award, and a BAFTA Award. Weisz began her acting career in the early 1990s on the British stage and television, and she made her film debut in Death Machine.

How old is Rachel Weisz? – Age

George Weisz, her father, was a Hungarian-Jewish mechanical engineer. Edith Ruth, her mother, was a teacher-turned-psychotherapist from Vienna, Austria. Her parents both emigrated to the United Kingdom as children, just before World War II began, to escape the Nazis. Her maternal grandfather was Austrian Jewish, and her maternal grandmother was Italian Roman Catholic. James Parkes, a scholar, and social activist, assisted her mother’s family in fleeing Austria for England. Weisz’s mother was raised Catholic before converting to Judaism after marrying Weisz’s father. Alexander Teich, a Jewish activist and secretary of the World Union of Jewish Students, was Weisz’s maternal grandfather. Minnie Weisz, her younger sister, is a visual artist.

Weisz’s parents valued the arts and encouraged their children to form their own opinions by involving them in family debates. Weisz transferred from North London Collegiate School to Benenden School for one year before finishing her A-levels at St Paul’s Girls School.

Weisz began dating American filmmaker and producer Darren Aronofsky in the summer of 2001. They met backstage at the Almeida Theatre in London, where she was performing in The Shape of Things. The following year, Weisz moved to New York with Aronofsky, and they married in 2005. Their son was born in New York City in May 2006. The couple lived in Manhattan’s East Village. Weisz and Aronofsky announced in November 2010 that they had been apart for months but remained close friends and were committed to raising their son in New York together.

Weisz and actor Daniel Craig had been friends for many years and had previously collaborated on the film Dream House. They began dating in December 2010 and married on June 22, 2011, in a private New York ceremony attended by four guests, including Weisz’s son and Craig’s daughter. They welcomed their first child together, a daughter, on September 1, 2018.

Her international breakthrough came in 1999 when she played the female lead opposite Brendan Fraser in the adventure film The Mummy. In 2001, she released the sequel The Mummy Returns, which grossed an estimated $433 million worldwide, surpassing the original’s $260 million.

In 1290 BC, high priest Imhotep has an affair with Anck-su-namun, Pharaoh Seti I’s mistress. He and his priests kidnap her body and take it to Hamunaptra, the city of the dead. His resurrection ritual is halted by the Medjai, Pharaoh’s bodyguards sworn to prevent his return. Evelyn and Jonathan track down Rick O’Connell and make an agreement with him to lead them to the city. Evelyn reads from the Book of Amun-Ra, which arouses Imhotep, who intends to resurrect Anck-su-namun by sacrificing Evelyn. He regains his full strength by assassinating the members of the American expedition and returning the ten plagues to Egypt.

In 2015, she appeared in the drama film Youth as Lena Ballinger. Mick Boyle and Fred Ballinger are on vacation in the Swiss Alps. An emissary for Queen Elizabeth II approaches them and bestows a knighthood on them. Jimmy Tree, an actor, is also with them, researching for an upcoming role. Other eccentric guests at the hotel include a young masseuse and Diego Maradona. Lena, his daughter, returns to the resort where he wrote the film, enraged that her father will not perform “Simple Song #3” in front of the Queen and Prince William.

She began talks in April 2019 to co-star with Scarlett Johansson in the Marvel Cinematic Universe film Black Widow. She played Melina Vostokoff, a seasoned spy trained as a Black Widow in the Red Room and a mother figure to Romanoff and Belova who is now one of the Red Room’s lead scientists. Weisz felt the film’s version of Vostokoff, who becomes the supervillain Iron Maiden, was more ambiguous and layered, with a deadpan personality and no sense of humor, which Weisz found amusing. Weisz was given a tailored Black Widow suit for the film, which she described as “iconic” and “a lot to live up to.” Weisz reworked Vostokoff’s portrayal to be more affectionate rather than dismissive of Shostakov.

She appeared as Angela Dodson, a troubled LAPD detective investigating the suicide of her twin sister Isabel in the 2005 American superhero horror film Constantine. In this week’s episode of Constantine, John Constantine exorcises a demon from a young girl after witnessing its attempt to enter Earth through her. Constantine also meets with Gabriel, a half-breed angel, to request a life extension in exchange for his work deporting Hell’s forces. Father Hennesy, Constantine’s friend, discovers a symbol on Isabel’s wrist but is killed by the half-breed demon Balthazar. Angela discovers a clue to a chapter of Hell’s bible hidden in Isabel’s hospital room. Constantine conjures visions to locate Angela at a psychiatric hospital with the assistance of witch doctor Papa Midnite.