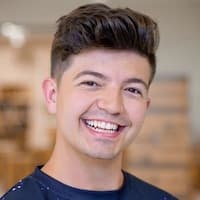 Preston Blaine Arsement is a YouTuber from the United States who is known for his challenge and prank videos, as well as his Minecraft, Fortnite, and Roblox gaming material. He is married to fellow YouTuber Brianna and lives in Dallas, Texas. He studied at the Travis Academy of Fine Arts and has worked as a lifeguard. He is Christian.

When he was three months old, his biological mother and adoptive father David Arsement married, he claims that his new father loves him just as much as his biological children. In addition, he has confirmed that he has no desire to meet his biological father. Keeley, Caleb, and his father each have their own channel, KeeleyPlayz, TbnrCJ, PapaFrags, and Brianna. He has five siblings four brothers and one sister: David Arsement, Daka Arsement, Keeley Arsement, Caleb Arsement, and Joshua Arsement.

Landon, one of his cousins, has a YouTube channel named Landon, which was originally focused on Minecraft, but as of January 2018, he revealed that his channel will concentrate solely on Fortnite and vlogs. Overall, he and his family have a great friendship.

Does Preston Arsement have a child? – Is Preston Blaine Arsement married?  – Wife

Preston married Brianna Barnhart Arsement, a nurse, singer, and actor in May of 2018 after getting engaged in October of 2017. She has appeared alongside her husband in Minecraft, Fortnite, and Roblox videos on his channels, and she has her channel named Brianna. She also worked as an Emergency Room nurse at UTSW Clements HospitalThey have no child.

In 2016, he began dating Paige, a YouTuber from Los Angeles. She also has a YouTube channel called turnthepaige, which has over 80,000 subscribers as of April 2020. This was announced on April 18, 2016, but Preston and Paige broke up in February 2017 for an undisclosed reason, though they remain close friends.

How much is Preston Blaine worth? – Net Worth

Preston lives in his home in Dallas, Texas, near the rest of his family.

Aside from his main channel, Preston has five others. TBNRFrags and PrestonGamez are two of them.

TBNRFrags has a Call of Duty site, but it has recently been mostly dedicated to Fortnite gameplay. This channel was initially his second channel, as it was created around a year and a half before the Preston channel, but it is now considered his main as of recently. His Roblox channel is PrestonGamez (formerly PrestonRoblox). He currently only posts Roblox content on the channel, but after changing the name from PrestonRoblox to PrestonGamez, he will start posting other games.

His Minecraft channel is PrestonPlayz (formerly PrestonMinecraft). On this channel, he used to post Minecraft Pocket Edition videos, which also featured his friend Logdotzip, but now he also posts Java Edition videos. He currently only posts Minecraft content on the channel, but after changing the name from PrestonMinecraft to PrestonPlayz, he might start posting other games. PrestonCosmic is the name of his Minecraft server, CosmicPvP, where he can be found. This channel, on the other hand, is dormant and hasn’t been updated in over a month.

PrestonGamez was intended to be his platform for non-Minecraft games, but it has yet to receive any uploads. Preston and another YouTuber, MrWoofless, operate the CosmicPvP Minecraft server. Factions, HCF, and KitPvP are only a few of the gamemodes available on the server, which launched in 2014. On his channel, he has played on this server numerous times, especially in his factions series. 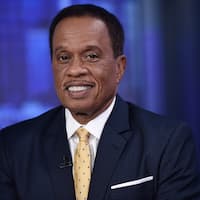 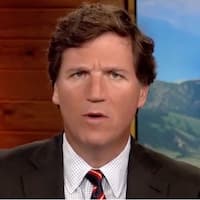