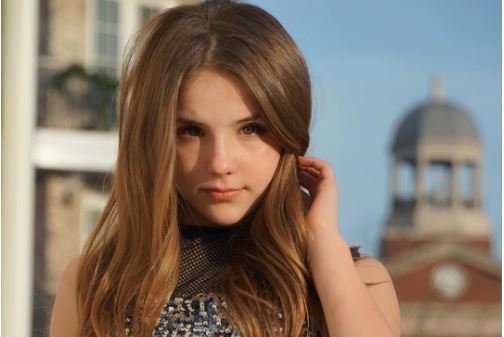 Piper Rockelle is an young actress, YouTuber, singer and dancer from the United States of America who is known for her roles in such productions as the Chicken Girls film, as well as the web series “Mani”. On YouTube, Piper is a huge sensation with a channel that has over 7.5 million subscribers. On the channel that bears her official name, Rockelle mainly uplpads funny content.

The “Dark Eyes” actress was born as Piper Smith Rockelle.

Born and raised in Atlanta, Piper is the daughter of Tiffany Rockelle and Piper Smith. The teenage girl has been raised by her mother primarily as her father left the family when she was quite young. The teenager is home schooled and her mother manages her accounts.

In the family, Piper is not an only child as she has elder siblings. They are brothers: Tyler Ray Hill and Hunter Ray Hill.

Yes, Piper is in a romantic relationship with pro dancer and fellow YouTuber, Lev Cameron. The two have been dating since May 2020 and can be often seen in each other’s YouTube videos.

As a young girl, Piper used to compete in pageants as a model before she turned into a social media personality. She began her social media presence with her YouTube channel in 2016, at the age of 9, quickly amassing millions of followers. The channel’s content includes DIYs, boyfriend pranks, make-up tutorials and more.

She also joined the ‘Musical.ly’ app that also catapulted her popularity. Musical.ly was integrated into TikTok where she now has 4.8+ million followers and 380+ million likes.

Aside from her social media presence, Piper is also known for her singing and such singles as “Treat Myself” and “It’s Christmas!”. She has also done covers of songs like “Say so” by Doja Cat, “Slow Dancing in the Dark” by Joji and “One wish” by Ray J. She’s collaborated with acts like Mariam Star, Sophie Fergi, Walker Bryant, Lev Cameron, and Gavin Magnus.

Back to her YouTube channel, Rockelle launched her YouTube channel under the guidance of her mom in November 2016. Her first video “Piper Rockelle creates Fluffy Slime” showed her mixing 4 simple ingredients to make fluffy slime. Piper followed up with an instrumental dance video titled “Learn to dance with piper Rockelle.” The channel now has 5+ million subs and 820+ million video views.

In February 2019, Rockelle appeared in the music video “Crushin” by Gravin Magnus. Her next single “Treat Myself” was released in November 2019. It became her best performing song to date.

As an actress, Rockelle is known for the web series ‘Mani’ and ‘Piperazzi.’ She was cast in a starring role as “Sky” on the series Mani 2017. The show was produced by Brat TV and it co-stars Lawrence Wayne Curry and Hayley LeBlanc.