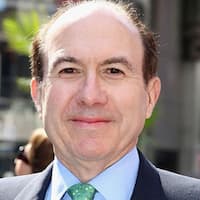 Philippe Dauman is an American businessman who led Viacom from September 2006 until May 20, 2016. Sumner Redstone’s chairman, Dauman, had known him for a long period.

How old is Philippe Dauman? – Age

He is the son of Holocaust survivor and Life magazine photographer Henri Dauman, who immigrated to the United States from France in the 1950s. He received a perfect score on the SAT when he was 13 years old. He fell in love with his roommate’s sister, who would later become his wife, while at Yale University. In September 1977, Dauman married Deborah Ross. In 1978, Dauman received his law degree from Columbia University School of Law.

Dauman married Deborah Ross in an Episcopal church in 1977. Philippe Jr. and Alexandre are their two children.

Dauman went to work for the law firm Shearman & Sterling after graduating from Columbia. He returned to New York after two years in the firm’s Paris office to work in the corporate group under partner Stephen Volk. In 1986, handling a normal SEC form 13D filing for Volk client Sumner Redstone led to an advising position in Redstone’s aggressive takeover of Viacom in 1987, a close personal relationship with Redstone, and a place on Viacom’s board of directors. Six years later, Dauman accepted a job offer from Viacom as senior vice president and general counsel for $553,000 plus a $900,000 incentive. He made $2.3 million in 1994, with options worth millions more.

From 1993 until 1998, he served as Viacom’s general counsel. With the Bill and Melinda Gates Foundation, Dauman and Viacom established the Get Schooled education campaign in 2009, with the goal of preventing American public school students from dropping out. On September 8, 2009, he also held the Get Schooled education conference. Dauman is the President and Treasurer of The Philippe and Deborah Dauman Family Foundation, which focuses on education and health. He was previously a director of Lafarge and a member of the KIPP Foundation’s Board of Directors, a national network of free, open-enrollment, college-preparatory public schools in impoverished neighborhoods.

When Viacom sued YouTube in March 2007, Dauman took a firm stance against the replication of Viacom’s content. Dauman spoke with YouTube co-founder Chad Hurley about copyright issues and expressed interest in hammering out a settlement. However, Dauman and Chad were unable to reach an agreement on advertising arrangements.

Since being designated CEO in September 2006, Dauman has earned a total of $409.67 million in reported remuneration, which includes the grant date fair value of any stock or options awards.

He has an estimated net worth of $300 million.