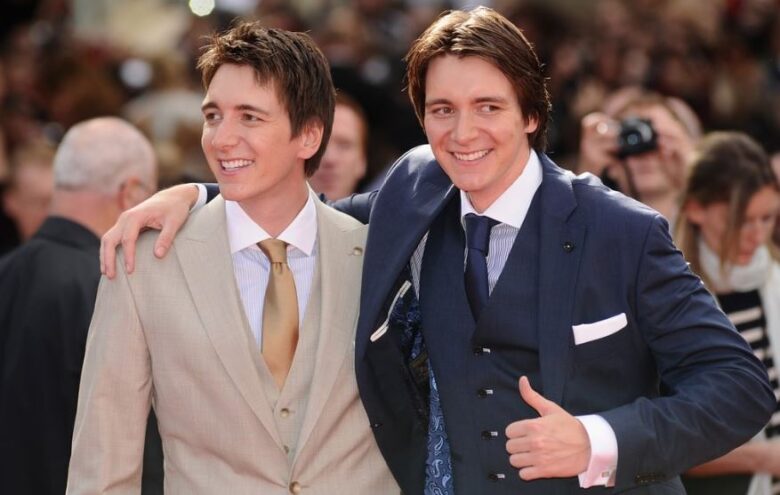 Oliver Phelps is an English actor known for his role in the Harry Potter film series as George Weasley from 2001 to 2011. He acted alongside his biological brother, James Phelps, who acted in the series as Fred Weasley. The Phelps brothers also voiced their characters’ roles in the video-game adaption of Harry Potter and the Order of The Phoenix and Harry Potter and the Deathly Hallows: Part 1. Oliver is also known for appearing in the 2014 film “Own Worst Enemy” playing the role of Constable Stroyde.

How old is Oliver Phelps? – Age

Born as Oliver Martyn John Phelps, the British actor is 34 years old as of February 25, 2020. He was born in Sutton Coldfield, Birmingham, England in 1986.

Oliver is the first-born son of Martyn Phelps and his wife Susan Spare. He was born and raised in Birnibgham, England.

Oliver has a twin brother by the name James (full name: James Andrew Eric Phelps). Oliver is the older one by 13 minutes and the two are the only children of Martyn Phelps and Susan Spare.

They are pretty close to each other and are known for having been in programs and doing activities together. They attended primary school at Little Sutton and later on joined Arthur Terry Secondary School. Their most famous duo appearance on Harry Potter series which they began shooting while still in school. This led to them receive tutoring on set as much of their time was taken up by the process of taping the film series.

How to tell Oliver and James Phelps apart

With the twin brothers being lookalikes, most people look for even the slightest difference between the two to tell them apart. Hence, one way to tell them apart is by spotting the mole on Oliver’s neck, the right side, as James does not have one. Another slight difference is that James has a deeper voice than Oliver.

Yes, Oliver is married to a lady known as Katy Humpage. The couple has been married since July 4, 2015. However, just like his twin brother’s marriage life, details of Oliver’s marriage life is not well known to the public as he and his wife have managed to keep their private lives away from public scrutiny.

Oliver and his brother began acting in the Harry Potter film series in 2001 as George and Fred Weasley, respectively. The series are based on the books by the same name. In the series, Oliver and James are the fourth and fifth-born sons and children of Arthur Weasley and Molly Weasley with Fred (James) being the older one of the two. They own the wizarding joke shop in Hogwarts and left the series in the fifth book, “Order of the Phoenix.”

Since their roles in Harry Potter, Oliver and his brother have carried on with their acting carrers, mostly appearing separately. They also appeared together in “Danny and the Human Zoo” and “Ears.”