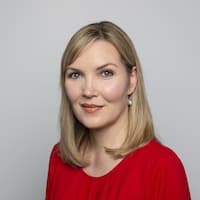 Nicole Mitchell is a broadcast and Military Meteorologist from the United States working at KSTP-TV. She joined 5 Eyewitness News in June 2017. She also serves as a volunteer lawyer with Wills for Heroes.

How old is Nicole Mitchell? – Age

Nicole has a Bachelor of Arts degree in Speech-Communications from the University of Minnesota, in addition to her Air Force degree in weather. Her desire to learn led her to pursue a Juris Doctorate (law degree) at Georgia State University. She also belongs to the American Meteorological Society and has worn the AMS Seal since 2000.

Is Nicole Mitchell a pilot?

Mitchell serves in the Air National Guard as a Lieutenant Colonel, commanding the 126th Weather Flight. She previously served in the United States Air Force Reserve as an aerial reconnaissance weather officer with the 53rd Weather Reconnaissance Squadron at Keesler Air Force Base in Mississippi.

What happened to Nicole Mitchell on KSTP? – Career

In July 2004, the Weather Channel hired Mitchell. She co-hosted TWC’s morning show, Your Weather Today, from 2004 to 2008. She then co-hosted Evening Edition with Paul Goodloe from 2008 to 2010. Mitchell was fired by the Weather Channel in January 2011. Mitchell sued the Weather Channel in the United States District Court for the Northern District of Georgia in 2011, alleging that she was fired because the new owners did not approve of the time required by her concurrent duties as a captain in the United States Air Force Reserve as part of the “Hurricane Hunters” team. Mitchell was announced as a member of Al Jazeera America’s weather team in July 2013.

Mitchell provided weather segments from 7 a.m. to 9 a.m. Eastern time, as well as during major weather events. She was the channel’s chief meteorologist until it shut down on April 12, 2016. Mitchell began freelance work with CBS News in the spring of 2016, appearing on WCBS-TV in New York City and contributing to the national network CBS This Morning show. She also went south to Miami, where she filled in for Lissette Gonzalez at WFOR-TV while she was on maternity leave. As a freelance meteorologist, she frequently appears on a variety of KSTP newscasts.

Mitchell’s voice has also been heard on Minnesota Public Radio’s Morning Edition as a meteorologist alongside anchor Cathy Wurzer since November 2019. She announced her departure from MPR on Twitter on January 7, 2022. Mitchell, a strong believer in community service and volunteerism, has previously volunteered in a variety of capacities, including many years as a Big Sister for Big Brothers/Big Sisters and as a Court Appointed Special Advocate (CASA) for abused and neglected children. She is a licensed foster care provider at the moment. Mitchell, a member of the Minnesota Bar, donates her legal skills to “Wills For Heroes,” an organization that provides free wills and healthcare directives to first responders such as police officers, firefighters, and paramedics.