Who is Nazenin Ansari? – Age, Family, Husband, Net Worth, Manoto 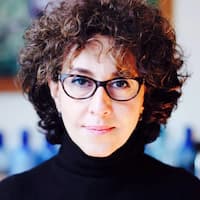 Nazenin Ansari is an Iranian journalist who works as the managing editor of Kayhan London, a weekly Persian-language newspaper that is critical of Iran’s current government. She also produces a series for the Persian-language entertainment channel Manoto.

How old is Nazenin Ansari? – Age

He was born in Iran.

She earned a BA in Public Affairs and Government from George Washington University and an MA in International Relations and Comparative Politics from Georgetown University in the United States.

Until July 2009, she worked as a London correspondent for Voice of America’s Persian News Network. She was also president and vice president of the Foreign Press Association in London from 2007 to 2009. She is a regular panelist on BBC News Dateline London, and she analyzes Iranian news on BBC Radio 4, CNN International, Sky News, and Al-Jazeera. She also contributes to the website OpenDemocracy.