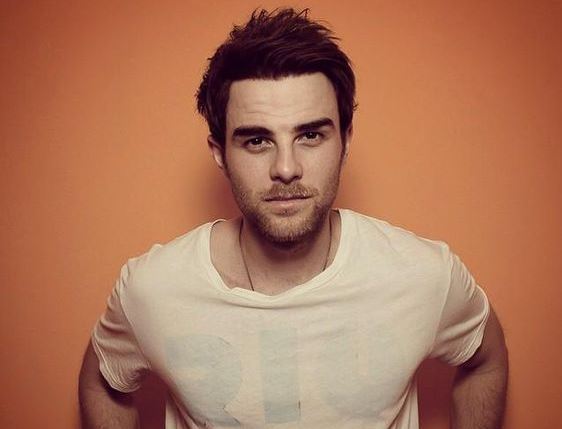 Nathaniel Buzolic is an actor and television show host from Australia. He is known for his role on the CW shows The Vampire Diaries and The Originals as Kol Mikaelson. In his home-country, Buzolic hosted a quiz show known as The Mint as well as appeared on the 2008 soap opera Out of the Blue. Buzolic is also known for his time as a co-host on the Weather Ed show, an educational programme on The Weather Channel.

How old is Nathaniel Buzolic? – Age

Who are Nathaniel Buzolic Parents? – Father and mother

Buzolic’s family is not known to the public. However, it is known that he is of Croatian descent.

The Vampire Diaries actor studied at De La Salle College Ashfield, and later attended the Australian Theatre for Young people (ATYP) in Sydney and later studied at Screenwise Acting School for Film and Television, graduating in 2004.

Is Nathaniel Buzolic in a Relationship? – Spouse

Yes, the Australian actor is in love. He is currently dating a French lady by the name Lorna Lalinec. They have shared many pictures together on his Instagram and the duo often travels together and shares amazing pictures. The pair seems to be madly in love with each other. Prior to this, Buzolic was in a relationship with Hayley Clair Stewart. They have no children yet.

The Australian actor hosted the Disney channel’s afternoon kids show studio Disney (2005). He has also appeared in All Saints (2003), Home and Away (2002) and an uncredited role in an episode of Water Rats (2001). Buzolic’s played the title role in the feature comedy Offing David (2008) alongside fellow Australian actor Adam J. Yeend. Previously, he had minor roles in the 2007 Australian short films Road Rage and My Greatest Day Ever.

In 2011, it was confirmed that the actor would play Kol Mikaelson in the CW series The Vampire Diaries. He reprised his role in the pilot episode of The Vampire Diaries spin-off series The Originals. It was reported on 30 May 2014 that the actor would return to The Originals for its second season and he appeared in the first trailer that debuted at the 2014 San Diego Comic Con.

On 20 February 2014, it was announced that the actor had landed one of the lead roles in supernatural: Bloodlines, a spin-off of the CW series Supernatural, with the twentieth episode of the latter’s ninth season serving as a backdoor pilot. However, The CW passed on the pilot in May 2014.

In March 2014, the actor appeared in two episodes of the fourth season of ABC Family’s Pretty Little Liars as Dean Stavros, Spencer’s (Troian Bellisario) substance abuse counselor. He reprised his role in the fifth and sixth episodes of the Sixth season.

The Australian actor has an estimated net worth of around $3.1 million as of 2021.