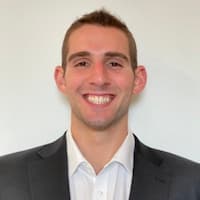 Dr. Mike Feinberg is the Superintendent of KIPP Houston, which has 18 public charter schools: nine middle schools, seven primary schools, and two high schools. He is a co-founder of the KIPP (Knowledge is Power Program) Foundation. So far, 89 percent of KIPP Houston middle school graduates have continued their education in college.

How old is Mike Feinberg? – Age

His age is not known. He was born in the United States of America.

He co-founded KIPP with Dave Levin in 1994, and KIPP Academy Houston followed a year later. He co-founded the KIPP Foundation in 2000 to assist in the expansion of KIPP. KIPP is now a nationwide network of 99 high-performing public schools serving 24,000 students. Dr. Feinberg was designated an Ashoka Fellow in 2004; a year later, he led the initiative to establish a public K-8 school in Houston for Hurricane Katrina survivors from New Orleans. In barely ten days, NOW College Prep (New Orleans West) opened its doors.

Drs. Feinberg and Levin received the Thomas B. Fordham Prize for Excellence in Education and the National Jefferson Award for Greatest Public Service by a Private Citizen in 2006, and in 2008, Feinberg and Levin were named to US News & World Report’s list of “America’s Best Leaders” and received the Presidential Citizens Medal in the White House Oval Office. They were awarded the Charles Bronfman Prize and the William E. Simon Prize for Lifetime Achievement in Social Entrepreneurship by the Manhattan Institute in 2009. The efforts of Dr. Feinberg and Dr. Levin were the subject of Washington Post reporter Jay Mathews’ book, Work Hard. Be Nice. The Oprah Winfrey Show, CBS 60 Minutes, ABC World News Tonight, The New York Times, Houston Chronicle, Washington Post, and others have all featured KIPP.

According to the records, Feinberg received $231,885 in income and benefits while working for KIPP Houston and $220,241 for work at the parent foundation in San Francisco.