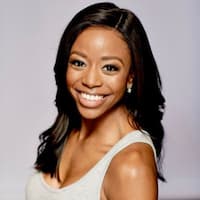 Melissa Magee is a meteorologist from the United States working at NBC4 as the news anchor on weekday newscasts at 4 p.m. and 6 p.m. She joined NBC4 in 2020.

How old is Melissa Magee? – Age

Magee was married to Ronnie Schlemmer on May 16, 2010, at Anthony’s Lake Club by Liz Smith in New Milford. She got engaged to Perry O’ Hearn, the owner of ‘Philly fitness who she started dating in 2014. The couple got engaged on July 27, 2016, in Hawaii during the DNC.

Magee provides the greater Southern California community with up-to-the-minute weather forecasts. She grew up in Los Angeles and is well-versed in the vast region’s microclimates, allowing her to provide viewers with the most accurate reports.

Magee has co-hosted NBC4’s “Celebrating Black Excellence,” a 30-minute special commemorating Black History Month, since joining the station in 2020. During Covid-19, the program examined the evolution of the civil rights movement in Los Angeles, racial inequality in healthcare, and athletes who have taken on community advocacy roles in Southern California. Magee is also frequently featured in NBC4’s public service announcements, which help raise awareness of a variety of regional causes.

Prior to joining NBC4, Magee worked as a weekend meteorologist at WPVI-TV in Philadelphia for 11 years. She guided viewers through extreme weather conditions while covering a wide range of weather conditions. She covered the Nor’easter, the year’s most powerful storm, in 2009. She also discussed the devastation caused by Superstorm Sandy in Philadelphia, Delaware, and New Jersey. Magee also demonstrated her journalistic versatility while at the station by hosting a variety of entertainment and lifestyle shows.

Magee began her news career in 2001 as a reporter and weekend evening anchor at ABC affiliate KDUH-TV in Nebraska. She later worked for four years as a reporter, weekend anchor, and weather anchor at KBAK-TV in Bakersfield, California. In 2006, she joined AccuWeather in State College, PA, and in 2008, she joined the New York FOX affiliate WNYW-TV. Magee enjoys being involved in the local community in addition to meteorology. She frequently volunteers at nonprofit organizations that help young women in underserved communities gain confidence and success. She graduated from UCLA with a B.A. in English. She also holds a certificate in Broadcast Meteorology from Mississippi State University.