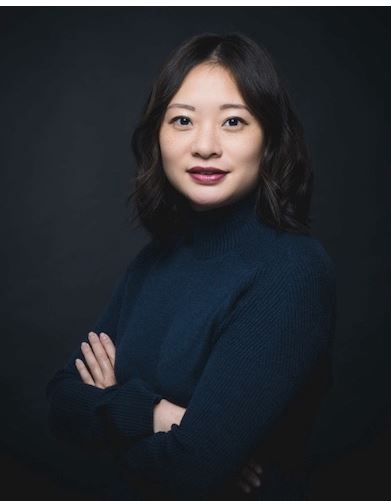 Melissa Chan is a Chinese-American television journalist who presently hosts DW News Asia on Deutsche Welle Television. Her writing has appeared in The Guardian, The Washington Post, VICE News, POLITICO, and Foreign Policy, among other publications.

She has been on CNN and the BBC as a guest.

How old is Melissa Chan? – Age

Where did Melissa Chan go to school? – Education

Chan earned a B.A. in history from Yale University in 2002. She earned a Masters of Science in comparative politics from the London School of Economics and Political Science (LSE) in 2005.

She grew up in the Los Angeles region when her family immigrated to America when she was three years old.

Melissa and Caspar married on February 8 2019, at Mudbrick Vineyard on Waiheke Island. Melissa Chan and her husband, Caspar Green, have had their first child, a lovely boy called Busby Lucas Green.

What is Chan Salary?

Chan worked for ABC News in New York from 2002 to 2004, eventually joining the production team at World News Tonight. After she moved to the UK to begin her studies at LSE, Chan continued working for ABC at its London bureau. Upon completion of her M.Sc., Chan worked as a freelance journalist in Hong Kong. In 2007, Al Jazeera English hired Chan to work as a China correspondent at the network’s Beijing bureau. During her five years with Al Jazeera English, she filed some 400 reports, including stories on land confiscation and so-called “black jails.”
Chan also reported stories from North Korea.
In 2010, Chan wrote about the use of the money allocated to help survivors and for reconstruction following the 2010 Yushu earthquake. The Government of China passed a regulation requiring major NGOs to transfer all donations for the reconstruction to the local administrators. Officials say it’s to better track – and make better use of – the US $1.57 billion in donations to help victims. But such a move has never happened before, and it sets a precedent that some say is a step backward for civil society in China, putting all NGOs firmly under government control.
In 2012, however, Chan’s visa and press credentials were not renewed, forcing her to leave China. In the wake of her expulsion, the first of a foreign journalist since 1998, Al Jazeera English closed its Beijing bureau.
The Chinese government provided no explanation for the move, though officials had previously accused Chan of unspecified violations of the law that were never clarified. Press reports and the Foreign Correspondent’s Club of China connected the expulsion to a documentary on slave labor in Chinese jails aired by Al Jazeera English that had angered Chinese authorities. Chan had no part in the production of the piece, however, and her expulsion occurred in the context of multiple conflicts between foreign reporters and the Chinese government over denials or delays in obtaining journalist visas.
In May 2012 Yang Rui, a TV host in China Global Television Network, made comments on Sina Weibo criticizing some foreign citizens and journalists in China, especially targeting Chan, who was expelled from the country.
Yang’s statement occurred during an official Chinese government campaign to identify illegal foreign residents in China.
Yang’s full posting (translated from Mandarin by The Wall Street Journal) was:
The Public Security Bureau wants to clean out the foreign trash: To arrest foreign thugs and protect innocent girls, they need to concentrate on the disaster zones in [student district] Wudaokou and [drinking district] Sanlitun.
Cut off the foreign snakeheads. People who can’t find jobs in the U.S. and Europe come to China to grab our money, engage in human trafficking, and spread deceitful lies to encourage emigration. Foreign spies seek out Chinese girls to mask their espionage and pretend to be tourists while compiling maps and GPS data for Japan, Korea, and the West. We kicked out that foreign bitch and closed Al-Jazeera’s Beijing bureau. We should shut up those who demonize China and send them packing. Yang released a statement on 21 May 2012 defending his comments and seeking to correct supposed mischaracterizations of his message and the English translation of “foreign bitch” instead of “foreign shrew”.After leaving China, Chan completed a John S. Knight Journalism Fellowship at Stanford University during the 2012–2013 academic year. She spent her year developing digital security training and tools for journalists facing potential hacker attacks from state-sponsored entities. Chan later became a correspondent in San Francisco for Al Jazeera America, where she worked from the network launch in August 2013 until its closure in April 2016. During her time with AJA, she reported on stories from the rural American West. She also has reported from Canada, Cuba, Hong Kong, Israel, North Korea, South Korea, Malaysia, Mongolia, Palestinian Territories, and Russia.
She spent time in Germany as a Robert Bosch Stiftung Transatlantic Fellow before working at Deutsche Welle.
She serves as a foreign affairs reporter based between Los Angeles and Berlin.
In addition to her work at DW News Asia, she also collaborates with the Global Reporting Centre.