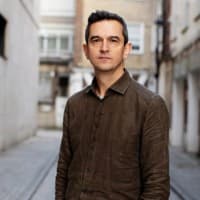 Matthew Price is a British journalist who is working as the Chief Correspondent for BBC Radio 4 Today. Since March 2004, he has been a BBC Middle East correspondent based in Jerusalem.

How old is Matthew Price? – Age

He has not revealed his marital status to the public making it difficult to know if he is married, engaged, dating, or single.

Matthew Price attended The Haberdashers’ Aske’s Boys’ School, a day independent school in Elstree, Hertfordshire, before going on to St Catharine’s College at the University of Cambridge, where he earned a First Class degree in Geography.

Matthew has an estimated net worth of $1 Million.

He began his career as a trainee local radio reporter in 1994. He worked for BBC Radio Lincolnshire before moving on to the BBC in Newcastle. In 1999, he moved on to report for Newsround, the BBC’s children’s news program. He was named Young Journalist of the Year by the Royal Television Society in 2000. Following his work for Newsround, he went on to work as a BBC television reporter in a variety of positions, including Belgrade correspondent and covering the Iraq War from an aircraft carrier in the Persian Gulf and Baghdad. Prior to moving to New York, he worked as a Middle East correspondent in Jerusalem.

He then worked as the BBC’s Europe Correspondent in Brussels, frequently reporting for the BBC News Channel, BBC World News, and the flagship BBC One News bulletins, BBC News at Six and BBC News at Ten.

Price was named News Journalist of the Year at the Sony Radio Awards in 2011, owing in large part to his coverage of the Haiti earthquake. Price is now the BBC Radio 4 Today program’s Chief Correspondent, and she hosts the BBC Sounds podcast Beyond Today.