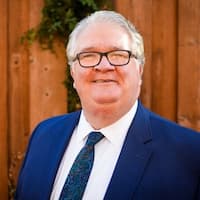 Mark Morgan is an American pastor serving as the senior pastor at Abounding Grace of San Francisco, a church that was launched in December 2004. To deepen his scholastic and spiritual understanding of Christianity, he is currently pursuing his Master in Divinity at the Assembly of God seminary.

How old is Mark Morgan? – Age

His age is not known for he has not revealed his birth date to the public.

He is married to Naomi Morgan. The couple is parents and grandparents too. With his wife, children, and grandchildren, he lives in the San Francisco Bay Area.

Rev. Morgan feels that his studies will help him grow as a Christian and as a leader in his family and congregation. He plans to pursue a doctorate in the same discipline after completing the program. Rev. Mark Morgan serves on the United Pentecostal Church’s Chinese Summit Committee in addition to leading Abounding Grace of San Francisco. Rev. Morgan is the president and founder of Global Impact Ministries, a non-profit dedicated to spreading the apostolic faith throughout North America and the world.

Rev. Morgan began his ministry in 1982, when he and his wife Naomi relocated to Anna, Illinois, to take over the youth ministry of a small United Pentecostal Church. Two years later, he began a four-year evangelistic mission that took him around North America and beyond to speak at apostolic conferences. Rev. Morgan was called to the United Pentecostal Church in Okmulgee, Oklahoma, in 1988, where he served as senior pastor for ten years. He relocated to California in 1988 and began on another evangelistic crusade, speaking at camps, conferences, crusades, and ministerial training events.