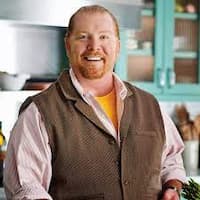 Batali has appeared on the Food Network’s Molto Mario and Iron Chef America, where he was one of the featured “Iron Chefs.” In 2017, the restaurant review site Eater revealed multiple allegations of sexual assault against Batali, and he sold all of his restaurant holdings in March 2019.

How old is Mario Batali? – Age

Batali is the son of Marilyn (LaFramboise) and Armandino Batali, who founded Seattle’s Salumi restaurant in 2006. His father is of Italian ancestry, and his mother is partially French-Canadian. While working as a cook at the pub/restaurant Stuff Yer Face, Batali attended Rutgers University in New Brunswick, New Jersey.

He married Susi Cahn in 1994, and the couple has two sons. Batali is the son-in-law of Coach Inc. founders Miles and Lillian Cahn. Dana Batali, Mario Batali’s brother, was the Director of Pixar RenderMan development from 2001 to 2015.

Batali has an estimated net worth of $25 Million.

What happened to Mario Batali 2020? – Accusation

Eater reported on December 11, 2017, that four women accused Mario Batali of sexual harassment and misconduct. The next day, four more women came forward, and he was fired from The Chew. More allegations of sexual misconduct against Batali were aired on an episode of 60 Minutes in May 2018. The New York Police Department confirmed that it was looking into Batali’s past behavior. In July 2021, with the separate Boston case still pending, Batali, Bastianich, and their former restaurant company agreed to a settlement in the New York case in which they would pay $600,000 to more than 20 former restaurant employees.

Batali was a sous chef at the Four Seasons Biltmore at the age of 29, having previously worked as a sous chef at the Four Seasons Clift Hotel in San Francisco. Batali began his career as a waiter at chef Jeremiah Tower’s San Francisco restaurant, Stars. Stars was open from 1984 to 1999 and is regarded as one of the forefathers of the celebrity chef institution. Batali starred in the Food Network show Molto Mario from 1996 to 2004. The show established Batali as a household name and helped to popularize the Food Network.

Batali, Joe Bastianich, and Lidia Bastianich established the B&B Hospitality Group, also known as the Batali & Bastianich Hospitality Group, in 1998. B&B’s flagship restaurant, Babbo Ristorante e Enoteca in New York City, has a Michelin star. From 2011 to 2017, Batali was a co-host of the ABC daytime talk show The Chew. In 2012, Batali (and B&B) settled a lawsuit with 117 restaurant employees who claimed that the Batali organization had skimmed a percentage of tip pools in his restaurants over a period of years.