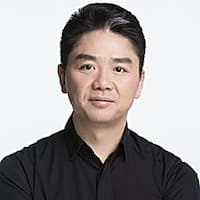 Liu Qiangdong is an Internet entrepreneur from China. His company, JD.com, has been compared to Amazon due to its business model, and he has been dubbed the “Jeff Bezos of China.” In June 1998, Liu established Jingdong as a business-to-consumer single retail store for magneto-optical products, and in 2004, the company transitioned to an e-commerce website known as JD.com.

How old is Liu Qiangdong? – Age

He is the son of Liu Zhicheng and Wang Shaoxia. His parents run a coal shipping company that transports coal from north to south China. Liu Qiangdong was interested in politics as a young man. In 1992, he graduated from primary school in Jiangsu province and enrolled in the sociology department at Renmin University of China, which is known for its ties to China’s political elites. However, because obtaining a degree did not guarantee a good job, Liu dedicated all of his spare time to learning computer programming. He earned a bachelor’s degree in sociology in 1996 and an EMBA from China Europe International Business School later that year.

Liu invested his earnings from programming work and family loans into a restaurant venture as a college student. Liu was left in debt after the business failed in a matter of months, losing more than US$200,000. Following graduation, Liu worked for Japan Life, a Japanese health-care company, where he held positions as director of computers, director of business, and logistics supervisor.

Liu married Zhang Zetian, an internet celebrity known as “Sister Milk Tea,” in August 2015. Their friendship began in early 2014, when Liu was a student at Columbia University and Zhang was an exchange student at Columbia University’s Barnard College. Their early romance was caught on camera in New York City and on the internet. Liu confirmed the relationship to the public on his Weibo account on April 10, 2014. Liu Qiangdong and Zhang Zetian registered for marriage in Beijing on August 8, 2015. Their wedding took place in Sydney, Australia on October 1, 2015. In March of 2016, their daughter was born.

He was identified as the billionaire host of a private dinner party in Sydney that was the subject of a rape trial on July 23, 2018. Xu Longwei, a party guest, was convicted of seven counts, including having non-consensual sex with a woman he met at Liu’s apartment on December 26, 2015. In that case, Liu was not charged with a crime or accused of any wrongdoing. As a result, he sought a suppression order from an Australian court to prevent his name from being released in connection with the case, but his request was denied.

Liu was charged with rape and arrested in Minneapolis, Minnesota on August 31, 2018. The complainant is a 21-year-old Chinese student who was present at Liu’s dinner party on August 30. The complainant and Liu returned to her apartment after the party ended at 9:30 p.m., where she claims the rape occurred at 1:00 a.m. Liu was released and returned to Beijing pending further investigation.

After the local police found “no substance to the claim against Mr. Liu,” JD.com issued a statement on September 2, 2018, stating that the company would take legal action against “false reporting or rumors.” Three American law firms have filed class-action lawsuits in response to this statement, alleging that it is false. Liu’s lawyers have denied any wrongdoing and claim that the allegations are unfounded.

On December 21, 2018, the Hennepin County Attorney’s office announced that there was insufficient evidence to charge Liu. Liu Jingyao, a University of Minnesota student, filed a civil lawsuit against Liu Qiangdong on April 16, 2019, alleging that Liu forced himself on her in his vehicle after the dinner and later raped her at her apartment. The lawsuit seeks more than $50,000 in damages. The motion to dismiss JD.com from the case was denied by the judge overseeing the case in April 2020; both the company and Liu are named defendants.

He founded Jingdong, a magneto-optical product distributor, in Beijing’s Zhongguancun High-tech Industrial Park in June 1998, focusing on selling authorized products at a time when counterfeit products were widely available. Jingdong (Chinese: ) was named after Liu Qiangdong and Gong Xiaojing (or), his then-girlfriend who also graduated from Renmin University of China, when it was founded. In 2003, they called it quits. By 2003, Liu had opened 12 physical stores under the Jingdong brand.

The SARS outbreak in 2003 kept Jingdong’s employees and customers at home, forcing Liu to rethink his business model and shift to online sales. Liu’s company lost over 8 million yuan as a result of the outbreak. In 2004, Liu launched his first online retail website, and later that year, he founded JD.com (short for Jingdong). Liu shut down all of his physical stores in 2005 and switched to an e-commerce model.

In 2005, Liu was offered 18 million yuan to sell JD.com, which he turned down. Liu implemented a full-category strategy for JD.com in 2007, shifting the company’s business model from consumer electronics to a wide range of products. The company has grown to become one of China’s most successful e-commerce businesses. Because of similar business models, JD.com has been compared to Amazon, and Liu has been compared to Jeff Bezos as a self-made entrepreneur.

In January 2014, JD.com filed an application to go public in the United States. The stock price of JD.com increased by about 15% on May 22, 2014, the date of the company’s initial public offering. JD.com is the world’s second-largest internet company (by revenue) and China’s largest e-commerce company. Liu will step down as CEO of JD.com in April 2022, and will be replaced by Lei Xu, the company’s current president.