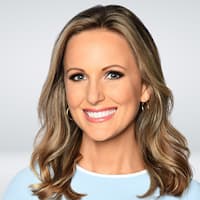 Lauren Lyster is an Emmy Award-winning journalist from the United States working as the staff reporter for KTLA 5 News. She was the presenter of Capital Account, which was featured on RT and Yahoo! Finance’s Hot Stock Minute. She’s also worked for CBS News and ABC News and presently works for KTLA in Los Angeles as a correspondent.

How old is Lauren Lyster? – Age

She is 40 years old as of 2021. She was born in 98 in Irvine, California, United States. His real name is Lauren Shelley Lyster.

She earned a bachelor’s degree in journalism from Northwestern University’s Medill School of Journalism, with a double emphasis in gender studies.

Who is Lauren Lister Married to? – Husband

She has been married to reporter Carter Evans, who is also the ex-husband of KTLA weekend anchor Courtney Friel, since 2018.

Lauren stands at a height of 5 feet 3 inches.

Lauren previously worked for ABC News in Los Angeles, where she reported for programs like “Good Morning America” and “World News Tonight,” as well as ABC NewsOne stations across the country. Lauren was the network’s first correspondent on the site when the Orlando Pulse nightclub terror assault broke, and she led special report coverage from the scene. She won an Emmy Award in 2017 for her work on the breaking news team’s coverage of the massacre.

From Hurricane Matthew in Florida to wildfires in Southern California to tornadoes in Texas, her reporting has carried her all across the country. During the breaking news of the Brussels terror tragedy, she was hosting the early morning network program. Her assignments for ABC stations included everything from the San Bernardino terror attack to red carpet award shows like the Oscars, as well as key moments in the 2016 presidential campaign, such as the Democratic National Convention and election night.

Lauren previously worked as a correspondent for CBS News in New York, where she frequently anchored the network’s early morning programs and largely reported for CBS stations with Newspath, focusing on MoneyWatch reporting and consumer news.

Lauren has also worked for Yahoo Finance as a video host and correspondent, where she hosted a live daily show from the Nasdaq MarketSite, reported live during major IPOs like Twitter and Alibaba, and interviewed business leaders.