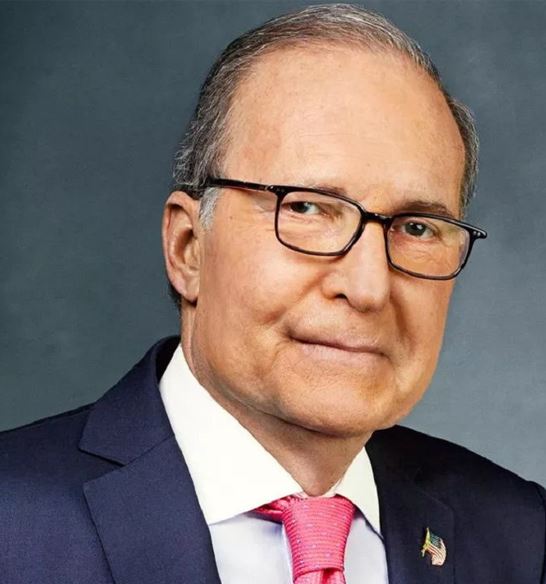 Larry Kudlow is an American television personality and financial show host for Fox News. He was the Director of the National Economic Council under President Donald Trump. Following his prior job as a financial news anchor on CNBC, he was promoted to that position.

How old is Larry Kudlow? – Age

Where did Larry Kudlow go to school? – Education

Kudlow was a sixth-grader at the Elisabeth Morrow School in Englewood, New Jersey. After that, he went to the Dwight-Englewood School for high school. In 1969, he earned a bachelor’s degree in history from the University of Rochester in Rochester, New York.  Despite the fact that he only has an undergraduate degree (apart from his foreign policy studies at Princeton), he argues that his history curriculum included a lot of economics topics, particularly trade policy.
In 1971, Kudlow enrolled in the master’s program at Princeton University’s Woodrow Wilson School of Public and International Affairs, but he left before completing his degree.

Kudlow, the son of Ruth and Irving Howard Kudlow, was born and raised in New Jersey. He comes from a Jewish family.

Kudlow has been married three times: In 1974, he married Nancy Ellen Gerstein, a fiction editor at The New Yorker magazine, but the marriage only lasted a year. Susan (Cullman) Sicher, whose grandpa was businessman Joseph Cullman and whose great-grandfather was businessman Lyman G. Bloomingdale, married him in 1981. U.S. District Judge John Sirica officiated over the wedding in Washington. He married Judith “Judy” Pond, a Montana native and painter, in 1986.

What is Larry Kudlow Salary?

Kudlow’s net worth is $10 million.

While still a Democrat, Kudlow endorsed Joseph Duffey’s “New Politics” senate campaign in Connecticut in 1970, which drew a “A-list throng of young Democrats,” including Yale University law student Bill Clinton, John Podesta, and Michael Medved, another future conservative. During the Vietnam War, Duffey was a major anti-war politician. Kudlow was described as a “great organizer” by Duffey’s campaign manager. He worked for Daniel Patrick Moynihan’s U.S. Senate campaign in 1976, alongside Tim Russert, against Conservative Party incumbent James L. Buckley, brother of William F. Buckley, Jr.
Kudlow began his career as a staff economist at the Federal Reserve Bank of New York, taking a position “as a junior economist in a job where a master’s degree wasn’t required”. He worked in the division of the Fed that handled open market operations.

Kudlow had a “very minor” heart attack on June 11, 2018, according to the White House. Kudlow was admitted to the Walter Reed Army Medical Center in Washington, DC, and White House Press Secretary Sarah Sanders said he was “doing well” and expected to make a “full and rapid recovery.”  The event occurred on the same day that President Trump was scheduled to meet with North Korean leader Kim Jong-un in Singapore for the United States-North Korea summit. Kudlow was released from the hospital on June 13th.