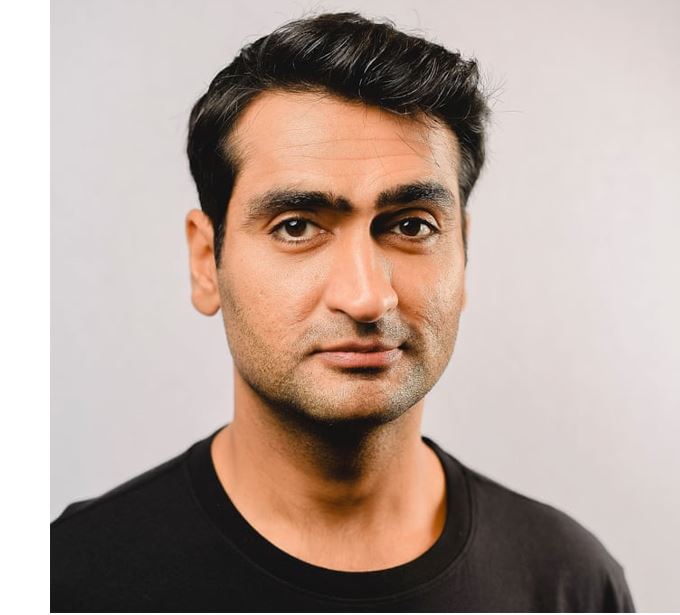 Kumail Nanjiani born in Pakistan as Kumail Ali Nanjiani] is a Pakistani-American comedian, actor, screenwriter, and podcaster who is known for working in many films including Silicon Valley, The Big Sick, Prismo, Adventure Time, Franklin & Bash, Newsreaders, Portlandia, and in the action film Stuber. He is also notable for being the co-host of the Comedy Central show The Meltdown with Jonah and Kumail.

How old is Kumail Nanjiani? – Age

He is one of the two sons born to Aijaz Nanjiani and Shabana Nanjiani. His parents are of the Sindhi family, an Indo-Aryan ethnolinguistic group who speak the Sindhi language and are native to the Sindh province of Pakistan.

Nanjiani is married to Emily V. Gordon since 2007. The couple wedded at Chicago City Hall. Emily is a former couple and family therapist who is now working as an author and producer.

Nanjiani works out in a basement weight room in Beverly Hills called the Granite Gym, electrical wires hooked to his back. Elbows in two fabric cradles, he grunts into a tweaked lat pulldown while his mentor, Grant Roberts, applies electrical charges to his back muscles.

He was cast as Dinesh Chugtai, a programmer specializing in Java and member of Pied Piper who is often the victim of Gilfoyle’s ridicule and pranks in the American comedy television series Silicon Valley.

Nanjiani and X-Play employees Ali Baker started hosting a podcast-themed video game called The Indoor Men in 2011. He featured frequently on the podcast of Dan Harmon, Harmontown, as a character called Chris de Burgh. In the 2013 film, The Kings of Summer, he played a delivery man. He started playing Dinesh in the Silicon Valley HBO sitcom in April 2014. In the video game The Walking Dead: Season Two, he voiced Reggie.

In July 2014, he hosted a weekly podcast called The X-Archives Files, devoted to conversation and fond reminiscences about the series. In March 2015, he gave his voice to the role of Mshak Moradi in the Search the Truth Audio Drama, part of the Halo 5: Guardians publicity campaign. In 2017, he appeared in the romantic comedy film The Big Sick, written with his wife Emily V. Gordon.

In 2019, Nanjiani released the first episode of the CBS All Access reboot of the anthology series The Twilight Zone. He was nominated for the Primetime Emmy Award for Best Guest Star in the Drama Series for his performance. In 2020 he provided his voice to Plimpton, an ostrich, in the adventure comedy film Dolittle. He also wrote and produced the Little America anthology series Apple TV+, which premiered in January 2020.