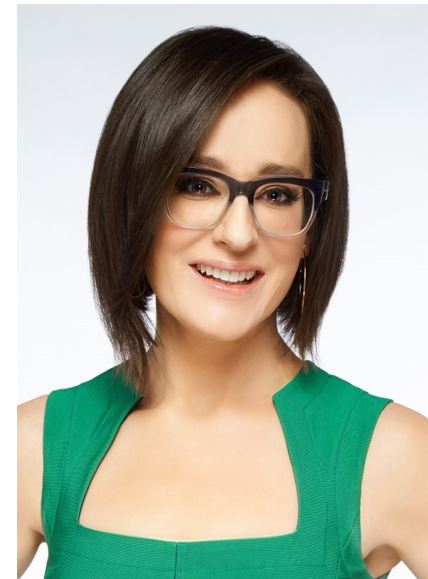 Kennedy is an American libertarian political pundit, radio presenter, author, and former MTV VJ who goes by the name Kennedy. As of January 2015, she is the Fox Business Network’s Kennedy host. She is a regular panelist on Fox News Channel’s show The Five and presents Outnumbered on occasion. Throughout the 1990s, she hosted MTV’s now-defunct daily late-night alternative-rock program Alternative Nation.

How old is Kennedy? – Age

She was born as Lisa Kennedy Montgomery on 8 September 1972 in Indianapolis, Indiana, United States. She is 49 years as of 2021.

Where did she go to school? – Education

She went to Lakeridge High School. She holds a bachelor’s degree from the University of California, Los Angeles (UCLA). As a youngster, Kennedy interned as a DJ at KROQ radio in Los Angeles.
She was nicknamed “the Virgin Kennedy” on KROQ.

She was raised by her mother in Lake Oswego in Oregon and has two siblings.

The former MTV VJ had been in a relationship with a musician named John Rzenznik – the musical band, Goo Goo Doll’s guitarist. However, She is presently married to Dave Lee, who previously worked as a snowboarder. The couple tied the knot in the year 2000 and have moved on to welcome two girls; Pele and Lotus.

What is Kennedy’s Salary?

Her net worth is estimated to be $3 million.

The Fox News Channel political commentator began her career as a media personality at KROQ FM radio station, where she completed her internship program. She later landed a job as a VJ at MTV. In the 1990s, she presented a musical show called Alternative Nation when she was there. She worked for five years before moving on to appear as a panelist on the 1998 Hollywood Squares event. The next year, she released a book titled ‘Ladies! Tales and Tips for Curious Girls,’ which discusses her previous life experiences, and she also authored ‘The Kennedy Chronicles: The Golden Age of MTV via Rose-colored Glasses’ which discusses her past life experiences. After a while, she went on to the Comedy World Radio Network, where she co-hosted The Future with Ahmet & Kennedy with Ahmet Zappa, and she also co-hosted The Big House with Malibu Dan. By 2002, she had joined Game Show Network, where she became the host and co-host of many series, including Friend or Foe?, Win Tuition, and Who Wants to Be Governor of California, a political discussion program broadcast during the California gubernatorial recall election in 2003. Eventually, in 2012, Montgomery began working as a contributor at Fox Business Network, and in the following year, she moved on to become the co-host of a political debate program, The Independent, which was later aborted in 2015. Nevertheless, the cancellation of the show didn’t affect her as she was already hosting her self-titled program, Kennedy. In addition, the talented TV figure has also worked as a correspondent on the show Stossel on the Fox Business Channel. Still, at Fox Broadcast Network, Montgomery has hosted the Red Eye show as a guest. She has also starred on the channel’s Outnumbered show along with The Five.