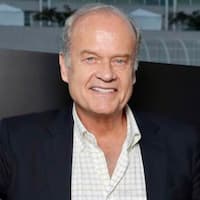 Kelsey Grammer is an American actor, comedian, producer, director, and writer best known for his two-decade stint on the NBC sitcom Cheers and its spin-off Frasier. He is also well-known for his roles in the political drama series Boss, for which he received a Golden Globe Award, and the period drama series The Last Tycoon, as well as voice in The Simpsons, with additional roles in Anastasia and Toy Story 2. He has also appeared on TV shows such as 30 Rock, Modern Family, and Unbreakable Kimmy Schmidt.

How old is Kelsey Grammer? – Age

Grammer is the son of Sally née Cranmer, a singer and actress, and Frank Allen Grammer Jr., a musician, and owner of Greer’s Place, a coffee shop and bar and grill. Karen, his younger sister, was his only sibling. Grammer’s personal life has been rife with family tragedies. In New Jersey, he was raised by his mother and maternal grandparents. Kelsey’s grandfather died of cancer shortly after the family moved to Pompano Beach, Florida, when he was twelve years old. His father was murdered in a home invasion in 1968. His sister was kidnapped, raped, and murdered in Colorado Springs in 1975. His two half-brothers died in a scuba diving accident in 1980.

Grammer married Camille Donatacci, a dancer and model, in August 1997. In 1996, they met on a blind date. They have a daughter, born in October 2001, and a son, born in August 2004, both through surrogacy. Several of Grammer and Donatacci’s homes were featured in magazines during their marriage.

He has an estimated net worth of $80 Million.

He appeared as Frasier Crane, a psychiatrist and bar regular in the American sitcom television series Cheers. In the third season, Frasier first appeared as Diane Chambers’ love interest. After Diane jilts him at the altar in Europe in the fourth season, Frasier begins to frequent Cheers and eventually becomes a regular. Later in life, he marries Lilith Sternin and has a son named Frederick. Following the conclusion of the series, the character becomes the focus of the spin-off Frasier, in which he is divorced from Lilith and lives in Seattle.

Coach was later replaced by Woody Boyd after the character died off-screen in season four, following the death of actor Nicholas Colasanto. Frasier Crane began as a recurring character and eventually became a permanent one. Rebecca Howe, a new character who was written into the show after the previous season’s finale, was introduced in season six. Lilith Sternin debuted as a one-time character in season four’s “Second Time Around.” She became a recurring character after her second appearance in season five, and she was later featured as a permanent one during season ten.

He appeared as Tom Kane, the Mayor of Chicago in the American political drama television serial Boss.

The series follows Tom Kane, the Mayor of Chicago, who has dementia with Lewy bodies, a degenerative neurological disorder. Kane conceals the disease from everyone except his own physician, Dr. Ella Harris. His closest advisors, Kitty O’Neill and Ezra Stone begin to suspect something is wrong with the Mayor. Meanwhile, Kane and his team are working behind the scenes to prepare State Treasurer Ben Zajac for a run for Governor of Illinois.

He appeared as Pat Brady in the American television series The Last Tycoon. The show is set in 1936 Hollywood and is based on F. Scott Fitzgerald’s final book, The Last Tycoon. Monroe Stahr, based on the famous producer Irving Thalberg, goes up against his boss Pat Brady.

He appeared as Vladimir “Vlad” Vanya Voinitsky Vasilovich: A former nobleman turned con-artist, and a friend of Dimitri in the 1997 American animated musical drama film Anastasia.

Dowager Empress Marie bestows a music box and a necklace inscribed with the words “Together in Paris” as parting gifts to her youngest granddaughter, Grand Duchess Anastasia, at a ball celebrating the Romanov tricentennial in Petrograd, Russia, in 1916. Grigori Rasputin, a sorcerer and former royal adviser who was exiled for treason, abruptly interrupts the ball. Ten years later, Russia is under communist rule, and Marie has publicly offered ten million rubles for her granddaughter’s safe return, and she is forced to travel to Paris to collect the reward. The trio unwittingly foils both attempts, forcing the trio to return to the surface to personally kill Anya. Anya overhears the conversation and storms out.

Later, Dimitri kidnaps Marie in her car in order to force her to see Anya. Anastasia and Dimitri reconcile; they elope, and Anastasha writes Marie and Sophie a farewell letter. Before bidding the audience farewell, Bartok shares a kiss with a female bat.