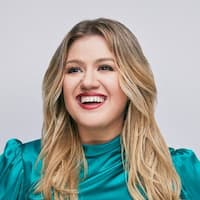 Kelly Clarkson is a singer, songwriter, actress, author, and television personality from the United States best known for winning the first season of American Idol in 2002, which resulted in a record deal with RCA. Her debut single, “A Moment Like This,” topped the US Billboard Hot 100 and was the best-selling single in the country in 2002. It appeared on her debut pop and R&B album, Thankful, which debuted at the top of the Billboard 200.

Clarkson parted ways with Idol management and shifted to pop-rock for her second studio album, Breakaway, in an attempt to reinvent herself. Breakaway sold over 12 million copies worldwide and won two Grammy Awards, thanks to four US top-ten singles: “Breakaway,” “Since U Been Gone,” “Behind These Hazel Eyes,” and “Because of You.”

How old is Kelly Clarkson? – Age

Clarkson was born to first-grade English teacher Jeanne Ann (née Rose) and former engineer Stephen Michael Clarkson. She is the youngest of three siblings, the others being a brother named Jason and a sister named Alyssa. Clarkson’s father’s second marriage resulted in two younger half brothers for her. When her parents divorced when she was six years old, her brother moved in with their father, her sister moved in with an aunt, and she stayed with her mother. Clarkson’s mother remarried to Jimmy Taylor later in life.

Clarkson’s mother is related to Republican state senator Isaiah Rose. Clarkson grew up as a Southern Baptist. “My family was highly conservative; I had to go to church on Sunday and Wednesday,” she said of her upbringing. In 2013, an episode of Who Do You Think You Are? discussed her mother’s life story.

She began dating talent manager Brandon Blackstock in 2012, the son of her former manager Narvel Blackstock and Reba McEntire’s former stepson. Clarkson married Blackstock on October 20, 2013, at Blackberry Farm in Walland, Tennessee. Brandon has been her manager since their marriage. Clarkson is the stepmother to Blackstock’s previous marriage’s daughter and son. They have two children: a daughter born in 2014 and a son born in 2016. Clarkson filed for divorce from Blackstock in June 2020, citing irreconcilable differences. Clarkson was awarded primary custody of both of their children on November 30, 2020, according to court documents obtained by USA Today.

What is Kelly Clarkson Net Worth?

Clarkson has an estimated net worth of $45 million.

On September 9, 2019, Clarkson began hosting The Kelly Clarkson Show. On February 24, 2020, she returned to The Voice as a coach for the seventeenth season. Kelly Clarkson: Invincible, a Las Vegas residency, was announced in November 2019. The show received the most Emmy nominations of any talk show, with seven. Clarkson joined Wayfair as a brand ambassador in February 2020. She played Delta Dawn in the Trolls World Tour and the upcoming film Trolls, which will be released in April 2020. Clarkson’s single “I Dare You” was released on April 16, 2020, in English and five other languages. Clarkson was nominated for two Daytime Emmy Awards in May 2020. At the Daytime Emmys, she was named Outstanding Entertainment Talk Show Host.

How much does Kelly Clarkson weigh?

Is Kelly Clarkson wearing a wig on The Voice 2020?

She does not wear a wig on a daily basis, but she does wear one on special occasions for fun. Kelly will occasionally put on a wig to fit a role or costume. Kelly wore a wig for Halloween in 2016 when she dressed up as singer Sia. Kelly had to wear a wig to complete her look, as Sia is known for her iconic white wig. Kelly donned a wig and went live on Facebook to perform a cover of Sia’s song Chandelier for fans. Kelly does a lot of unexpected and fun things with her hair, and she does it all without wearing a wig. She may wear a wig for a costume every now and then, but she usually shows off her stunning natural hair.