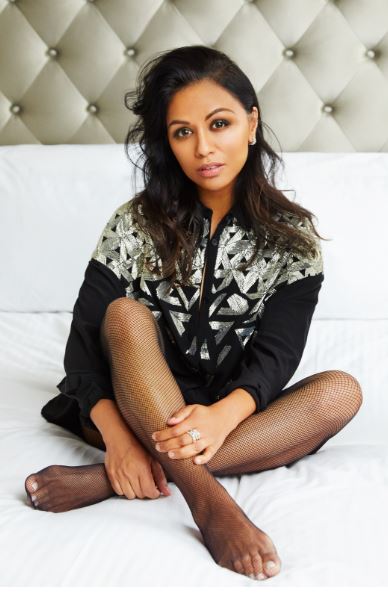 Karen David is a Canadian-British actress, singer, and songwriter best known for her roles as Princess Isabella Maria Lucia Elizabetta of Valencia in ABC’s fairytale-themed musical comedy television series Galavant, Cesca Montoya in the BBC One school-based drama series Waterloo Road, and Layla in the American action film The Scorpion King 2: Rise of a Warrior. David has crisscrossed the globe, gaining a legion of adoring followers along the way. The actress and singer/songwriter have found equal diversity in her film, television, stage, and recording careers, propelled in no small part by her exotic beauty and cosmopolitan ancestry, which includes Chinese, Khasi tribal, and Indian. In both North America and the United Kingdom, 2016 has been a very busy year for the sought-after actress.

How old is Karen David?-Age

David’s mother is Khasi and half Chinese, while her father is a Jewish Indian. She was brought up in Canada and moved to London at the age of 17 to study at the Guildford School of Acting.

She is married, he married Carl Ryden, a Swedish songwriter and music producer. The couple met at the time they were collaborating on a music project in London. They wedded in 2013 in Palos Verdes, California at La Venta Inn.

David is from a mixed background of Chinese, Indian and Jewish descent, she has a British accent.

Karen David Once Upon a Time

She was the role of Jasmine in in the fourth episode of the sixth season of the American fantasy adventure drama television series Once Upon a Time. Jasmine is based on Badroulbadou from One Thousand and One Nights, and the character of the same name from the Disney movie Aladdin is the basis of Jasmine.

She played the recurring role of Emma Tig, a witch and guidance counselor at the Salvatore Boarding School for the Young & Gifted in the second episode of the first season of the American fantasy drama television series Legacies. In ‘I’ll Tell You a Story, she takes an indefinite leave-of-absence from the Salvatore School. Before leaving again with Dorian in There’s a Place Where Missing Things Go, she returns in This Is Why We Don’t Entrust Plans to Muppet Babies.

David started her professional acting when R. Rahman asked her to help produce material for Bombay Dreams, the Bollywood-themed musical. David starred in the music clip higher & Higher” in 2000 and, playing the part of a policewoman, in two short television videos, Dancers: The Teaser in 2002 and The Paper Round in 2002. In September 2010, in series six of BBC One’s drama, Waterloo Lane. She appeared in the two-part episode target” of the ABC TV series Castle, in the USA, in February 2013. David has been consulting with A. On the soundtrack to the film Provoked, R. Rahman. In Germany, Austria, and Switzerland her first single “(its Me You’re Talking To)” was a top 10 airplay success.

Her film career began with a supporting co-lead role as a member of an R&B band in the UK cult hit “Bollywood Queen” with James McAvoy, followed by supporting roles in Batman Begins and The Scorpion King: Rise of a Warrior, as well as notable performances in the Vince Vaughan comedy “Couples Retreat” and the Sigourney Weaver and Robert De Niro drama “Red Lights.” She most recently starred as a fierce FBI agent in the blockbuster “Jack Ryan: Shadow Recruit,” as well as a member of a dysfunctional family in the critically acclaimed British comedy romance Amar Akbar & Tony.

Karen David is always refining her interest in writing and producing “feel-good, indie-girl pop with a twist” on the musical front. She released her first two EPs, The Live Sessions EP (2008) and Magic Carpet Ride (2009), after her popular 2003 song “It’s Me (You’re Talking To),” followed by the 2010 single “Hypnotize” and three mixes.

She has an estimated net worth of $3 million as of 2020. She has made her fortune from her career as an actress, singer, and songwriter.