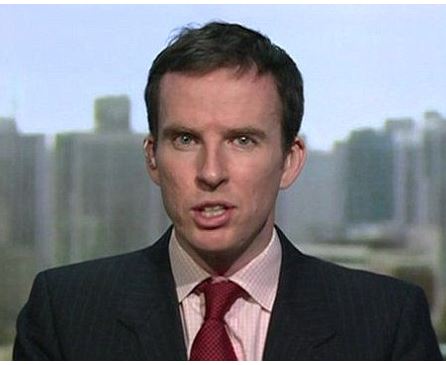 John Sudworth is an award-winning journalist who has been the BBC’s Beijing correspondent since September 2015. Sudworth was previously the BBC’s Shanghai correspondent.

How old is John Sudworth? – Age

Sudworth hasn’t said where or when he was born. As a result, his age is unknown.

Where did John Sudworth go to school? – Education

No information about Sudworth’s educational history has been published. However, his career accomplishments presuppose that he is highly trained.

John is married to Yvonne Murray, an Irish journalist. She reports for RTÉ News on Chinese affairs from Taipei, Taiwan. Previously, she worked for the BBC. Murray was born in Howth, Dublin, Ireland. The couple has three young children. Two of the three children were born in China and all three speak Chinese proficiently. Sudworth and his wife also speak Chinese. Nothing is known about his parents or siblings.

What is Sudworth Networth?

Although there is no official record of John Sudworth’s net worth, his work as a Correspondent for several years may have earned him a decent living.

Sudworth has been the BBC’s Beijing correspondent since September 2015. He was based in Beijing, China, until March 20, 2021. He is currently based in Taiwan. Sudworth and his camera crew were attacked and forced to sign a confession in a Chinese village in 2017. He won a George Polk Award in 2020 for his reporting on the Xinjiang internment camps. After facing pressure and threats from the Chinese government, he left Beijing and relocated to Taipei with his family. Previously, he worked as a BBC correspondent in Shanghai. Prior to that, he worked as a correspondent in Seoul. Sudworth began his journalism career in January 2003 as a reporter for BBC Radio 4. In 2007, he was appointed.

Sudworth, the BBC’s Shanghai correspondent, developed Bell’s palsy in October 2012. The condition has no warning signs, and most people wake up unable to move half of their face.
It causes sufferers to have one eye permanently open, sometimes for months at a time. With only one eye able to blink, it can appear as if they are winking at others.
Throughout that time, John continued to broadcast on television. His face gradually recovered after about a year.