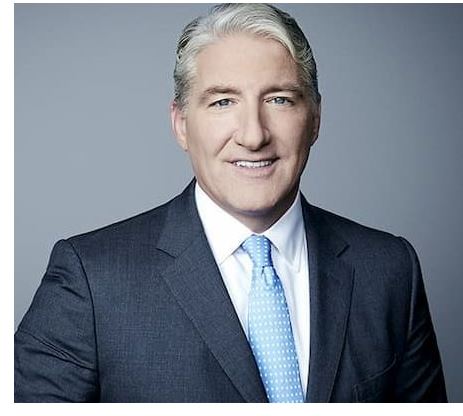 John King is an award-winning journalist from the United States of America working as CNN’s chief national correspondent and anchor of its roundtable political discussion program Inside Politics based in Washington, D.C. The program airs weekdays at noon and Sunday mornings at 8 a.m. He is the former State of the Union host, as well as John King, USA, who worked on CNN at 7 pm/ET on weeknights before being canceled.

How old is John King? – Age

The CNN chief national correspondent is 60 years old as of August 31, 2021. He was born in 1961 in Dorchester, Boston, Massachusetts, United States.

He has been married twice and is currently single. He first married Jean Makie who he shares two children; Noah King and Hannah King. He secondly married Dana Bash, his fellow CNN anchor. The couple married in 2008, had their son, Jonah King, in June 2011, and divorced in 2012.

What is John King’s salary? – How much is John worth? -Net Worth

Based on tenure and expertise, anchors make anywhere from $40,000 (freelance) to several million, according to the CNN edition. King earns an annual salary of $2 Million. He has an estimated net worth of $5 million.

King is a Boston native and received a bachelor’s degree from the University of Rhode Island in journalism. He was also awarded honorary doctorate degrees from Hobart and William Smith Universities, URI, American University, and Hobart.

The last nine presidential elections have been covered by King and reported from all 50 states and more than 70 countries. King is central to the regular reporting and breaking news coverage of the network and assists in big events such as coverage of CNN’s 2020 Election Night in America. Past participation with the campaign includes moderating three primary presidential debates in 2012. This previous election was the fourth cycle in which King’s reporting featured the use of the “Magic Wall,” by CNN, which was first implemented in 2008 and was also an important part of the 2012 election night coverage of the Emmy award-winning network.

In May 1997, King joined CNN and in April 2005, became a chief national correspondent. From 1999 to 2005, he served as the senior White House correspondent for CNN, where his duties included reporting on the Iraq war and the terrorist attacks of September 11th. King was an Associated Press reporter for 12 years before joining CNN. His AP roles covered many significant world affairs, including the Persian Gulf War, and acting as a lead foreign correspondent for the presidential elections of 1992 and 1996.