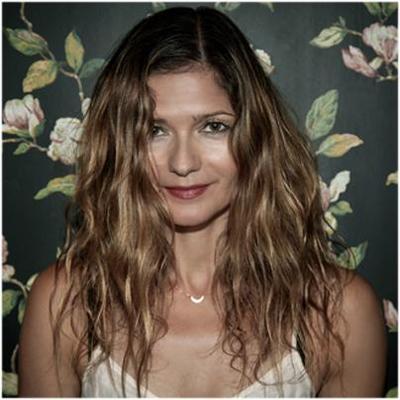 Jill Hennessy is a singer and actress from Canada best known for her roles in the American television series Law & Order: Special Victims Unit, Crossing Jordan, and Most Wanted, as well as the independent films Chutney Popcorn and The Acting Class, which she also wrote and co-directed.

How old is Jill Hennessy? – Age

Does Jill Hennessy have a twin? – Parents

Hennessy was born to John Hennessy, who worked as a meat salesman and sales/marketing executive, a job that required a lot of travel and forced the family to relocate frequently. Her mother, a secretary, abandoned the family in 1982, leaving her daughter with her paternal grandmother, Eleanor, in Kitchener, Ontario. She has an identical twin sister, Jacqueline, who is a magazine writer and TV show host in Canada, and a younger brother, John Paul “J.P.” Hennessy, Jr. On her father’s side, Hennessy has Irish, French, Swedish, and Italian ancestry, and on her mother’s side, she has mostly Ukrainian Roma and Austrian ancestry.

Who Is Jill Hennessy married to? – Husband

Hennessy has been married to Paolo Mastropietro since 2000. In January 2001, they married for the second time, this time at New York City Hall, with Mayor Rudy Giuliani officiating. Marco was born in 2003, and Gianni, their second son, was born in 2007.

What is Jill Hennessy’s Net Worth?

Hennessy has an estimated net worth of $12 million.

Jill Hennessy City on a Hill

Hennessy was cast as Jennifer “Jenny” Rohr in the American crime drama City on a Hill.

The series takes place in Boston in the early 1990s when the city was rife with violent criminals, emboldened by local law enforcement agencies where corruption, tribalism, and “taking it to the street” were the norm—until everything changed. This is a fictionalized version of the so-called “Boston Miracle.” Assistant District Attorney Decourcy Ward, a Brooklyn native, is the change agent, forging an unlikely alliance with Jackie Rohr, a corrupt but venerable FBI veteran who is invested in maintaining the status quo. In a case that grows to encompass Boston’s citywide criminal justice system, they team up to take on a family of armored car robbers from Charlestown.

Crossing Jordan premiered on NBC in 2001; it was originally set to premiere on September 11 but was postponed due to the terrorist attacks. To accommodate Hennessy’s real-life pregnancy, the show was put on hold for the majority of the 2003–2004 season. On March 9, 2004, the series returned with a 13-episode season. The final episodes aired on Mondays, Fridays, Sundays, and finally Wednesdays. After the football season ended in January, the sixth season was supposed to premiere on Sunday nights.

What happened to Jill Hennessy on law and order? – Law & Order

Hennessy was cast as Assistant District Attorney Claire Kincaid in the fourth season episode “Sweeps”, and made her last appearance in the sixth season episode “Aftershock”. of the American police procedural and legal drama television series Law & Order. She also appeared in the Homicide: Life on the Street crossover episode “For God and Country”.

Claire Kincaid was a Harvard Law School student who became friends with Margot Bell, who would later replace her on the Law Review. Out of the two years, they worked together, she had an affair with a judge for three months. As she drove an inebriated Detective Lennie Briscoe home from a bar, her car was struck by a drunk driver. Kincide was played by Jill Hennessy’s identical twin sister, Jacqueline Hennessey, in one episode of Season 6, “Corpus Delicti.” This was hinted at but not confirmed until she passed away.