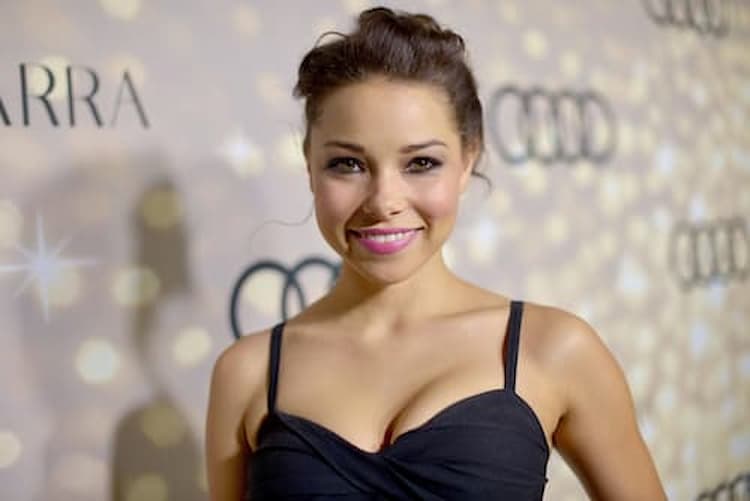 Jessica Parker Kennedy is an actress from Canada who starred on the television shows Smallville, Undercovers, and Kaya, and on the CW series The Secret Circle, on the Starz original series Black Sails, and on The Flash.

Is Jessica Parker Kennedy in a relationship?- Family

Toni Kennedy, her mother, was a teacher. She prefers not to discuss her father. Her mother, a single mother, raised her as an only child. She is not married and has not revealed if she is in any relationship.

She has an estimated net worth of $5 Million Dollars.

She appeared as Melissa Glaser, the fourth female witch of the Circle in the American supernatural fantasy teen drama television series The Secret Circle. She is Faye Chamberlain’s best friend and Nick Armstrong’s ex-girlfriend. Melissa, in comparison to her peers, is quiet and reserved, but she is responsible and dedicated to the Circle.

Cassie Blake, an orphaned high schooler, moves to Chance Harbor, Washington, to live with her grandmother after her mother died in a tragic fire. Cassie’s attempts to adapt to her new town are broken when five of her classmates, Adam Conant, Diana Meade, Faye Chamberlain, Melissa Glaser, and Nick Armstrong, reveal to her that she is the last of a long line of witches and the final member of their coven; with her, they are able to unleash the full extent of their abilities. Even after Adam helps her activate her abilities, Cassie refuses to believe she is a witch at first. Cassie comes across an old leather-bound book of spells that her late mother, Amelia, had left for her. A note to Cassie is included in the novel, revealing that she kept their true family history and powers hidden to keep her safe.

She was cast as Nora West-Allen / XS, a mysterious girl with super-speed powers, who is eventually revealed to be Barry and Iris’ future daughter in the American superhero television series The Flash. She journeys to the future with Eobard Thawne/Reverse-Flash to assist in the war against Cicada, a metahuman who despises and tries to exterminate all other metahumans. After sacrificing herself to destroy Cicada’s power source, she is finally erased from life.

Barry Allen is a crime-scene investigator who achieves superhuman speed after the particle accelerator at S.T.A.R.L. Labs explodes. As the Flash, he uses his speed to combat crime and track down other metahumans in Central City. In the sixth season, Barry and Iris discover that the date of the crisis in which Barry vanishes has been pushed forward to December 2019 and that the Flash must die to save billions. While the team tries to navigate the post-Crisis world, Black Hole and quantum engineer Eva McCulloch continue to work on their enigmatic plans. Team Flash’s fight against Eva continues in the seventh season.

He appeared as Max in the American historical adventure television series Black Sails.

The display takes place about two decades before the events of Treasure Island, in the early 18th century. Anne Bonny, Benjamin Hornigold, Jack Rackham, Charles Vane, Ned Low, Israel Hands, and Blackbeard are real-life pirates who are fictionalized throughout the film. The first season’s plot revolves around the quest for the Spanish treasure galleon Urca de Lima. The third and fourth seasons concentrate on the pirates’ and British Empire’s fight for dominance of New Providence.