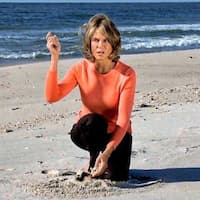 Jennifer McLogan is an Award-winning journalist from the United States of America working as a television news reporter at CBS News in New York.

How old is Jennifer McLogan? – Age

Jennifer and her six siblings are Flint, Michigan natives. She graduated with a Bachelor of Arts in English and theater from the University of Michigan, where she also lettered in basketball and a Master of Fine Arts from Brandeis University.

Since 1982, McLogan has been married to Daniel Gurskis, the Dean of Montclair State University’s College of the Arts. She and her husband have three children: the oldest works as an attorney in Washington, D.C., the middle works in the food industry in Charleston, South Carolina, and the youngest produced CBS2’s “The Dig.”

McLogan has been recognized for her coverage of breaking news and live reporting on major stories such as the September 11 attacks, Superstorm Sandy, the Gilgo Beach Murders, the Long Island Rail Road massacre, the TWA Flight 800 crash, the Philadelphia Police firebombing of the radical group Move, the Pine Barrens fires in the Hamptons, and major snowstorms crippling the Northeast during her decades-long career. She covered Super Bowl XLVI, both the Yankees and the Mets in the World Series, the NBA finals with Michael Jordan, and Arthur Ashe’s death in sports.

Jennifer has won many Emmys (national and local) for her reporting while based in New York, Boston, and Chicago, as well as accolades from the Associated Press, the Long Island Coalition for Fair Broadcasting, and the Long Island Council on Alcoholism and Drug Addiction.

Jennifer started her reporting career in Boston at WEEI-AM (news and substitute helicopter traffic reporter) and WHDH-AM before moving to WBZ-TV. She went on to work for NBC Nightly News, The Today Show, and NBC Sportsworld as a Northeast correspondent. She also reported for WBBM-TV in Chicago for CBS, in addition to CBS2 in New York.

She appeared in various plays and musicals as a theatre major, with some of the more notable roles being Pericles opposite famed Shakespearean actor Nichols Pennell, Emily in Our Town, and Bessie Burgess in The Plough and the Stars. She is a member of Inner Circle, a parody club of New York news reporters, and she volunteers for various organizations.