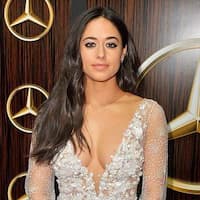 How old is Jeanine Mason? – Age

Her parents are both of Cuban descent. Mason started dancing at the age of three, studying ballet and flamenco before moving on to jazz, acrobatics, hip-hop, modern, and contemporary dance. Mason began her theatre studies at the age of 11 by participating in community and middle school productions. Mason continues to study theater at the Michael Woolson Studio in Los Angeles, California, while also focusing on film and television. Mason graduated with honors from the University of California, Los Angeles in the spring of 2014 with a Bachelor of Arts in World Arts and Cultures.

She is in a relationship with Beau Mirchoff, a fellow actor who has appeared in Scary Movie 4, Heartland, CSI: Miami, Now Apocalypse, and other films. Mason and her boyfriend, Mirchoff, began dating in 2011 and have been together for nearly a decade.

Jeanine has an estimated net worth of $1 million.

She was cast as Liz Ortecho, a jaded biomedical researcher and the daughter of undocumented immigrants in the n American science fiction drama television series Roswell, New Mexico.

Liz Ortecho, a biomedical scientist, returns to her hometown of Roswell to work in her family’s diner after losing her research grant. She reunites with her high-school crush, deputy sheriff Max Evans, as well as her old friend Maria DeLuca and her ex-boyfriend Kyle Valenti. Max is forced to use his healing abilities to save Liz when a gunman shoots and kills her in the restaurant, leaving him weakened until his sister nurses him back to health. Project Shepherd performs an autopsy on a deceased alien in 1947 and discovers a strange symbol on its hand that matches one on Max’s back. Alex uses blackmail to persuade his father to close Project Shepherd and leave Roswell. Michael starts to suspect that Max’s symbol is some sort of “beacon.” Max confesses to Liz that he is not who he claims to be at the end of the series.

Jeanine Mason Of Kings and Prophets

She played the role of Merav, the elder daughter of Saul and Ahinoam in the American television drama Of Kings and Prophets.

King Saul of the Israelites arranges a strategic marriage for his daughter Merav to Eitan of Judah’s son Mattiyahu in the hopes of uniting the 12 Israelite tribes against their enemies, the Philistines, in order to defend his kingdom. During the wedding preparations, Prophet Samuel delivers a message from God to the king: destroy the Amalekites. Meanwhile, the shepherd David travels to the king’s palace in Gibeah to settle his family’s debt after his flock of sheep is killed by a lion. When he can’t pay his taxes, however, he must pay the penalty by being flogged. To resolve the situation, he strikes a deal with Ahinoam, the queen, to either kill the beast or die.

She was cast as Sam Bello, a surgical intern at Grey Sloan Memorial Hospital in season fourteen of the American medical drama television series Grey’s Anatomy.

Sam came to Grey Sloan Memorial Hospital for an interview in order to be considered for a position as an intern. She was unaware during her interview that the hospital had already been remodeled. Sam and Andrew continued to torment each other as they worked on Team Shepherd. Their proposal was submitted for the surgical competition under the names of Alex and Amelia, but it was not chosen. Despite not receiving funding, they worked tirelessly to find a way to save Kimmie Park.