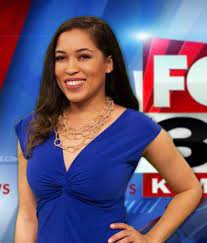 Jeané Coakley is an Emmy award-winning journalist who is currently working at SNY TV as an anchor and sports reporter airing entertainment news, SportsNite, Daily News Live, and Loud Mouths.

She had previously worked at WISH-TV in Indianapolis, Ind., where, in addition to traveling with the Blue Angels and skydiving with the Golden Knights of the Army, she covered the Colts, Pacers, Big Ten football and basketball, the Indianapolis 500, and the Brickyard 400.

How old is Jeané Coakley?- Age

She is born into a family of five siblings. Being raised up with boys, she became a tomboy as a way of adopting on how to live with her brothers under the care of their parents. This led her into playing soccer, volleyball, softball, and was a member of the gymnast while in high school.

She is married to Scott David Burrell. The couple engaged in 2015, they have two children; a son and a daughter. Scott is the former NBA player and the Southern Connecticut State University men’s basketball team head coach. He was named the 2016 ECAC Coach of the Year.

Coakley has an estimated net worth of $1 million, which she has acquired from her career as a SportsNet New York reporter.

Coakley’s first on-air sports job was with KYMA in Yuma, Arizona. In 2006, she relocated to the Midwest and accepted a position as a sports reporter at WISH-TV in Indianapolis. She covered all sports for WISH-TV, including the Colts, Pacers, Indianapolis 500, Brickyard 400, Big Ten football, basketball, and the Indianapolis Tennis Championship, which featured Andy Roddick and James Blake. She received an Emmy Award in 2010 for her coverage of the New York Jets.