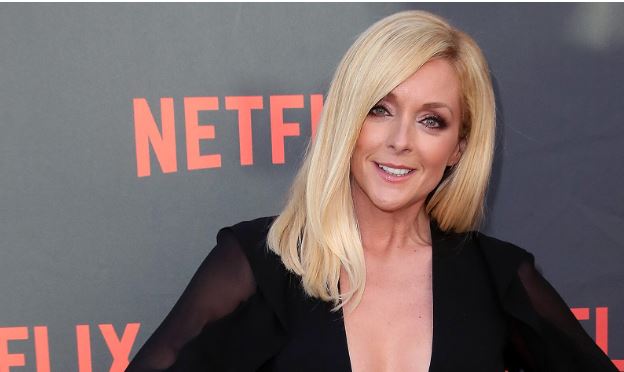 Jane Krakowski is an actress and singer from the Unites States of America who is best known for her acting role in the NBC comedy series 30 Rock as Jenna Maroney. Jane’s role has earned her at least four nominations for Outstanding Supporting Actress in a Comedy Series in the Primetime Emmy Awards.

As a singer, Jane is a frequent stage performer with such appearances as in the Broadway revival of the Maury Yeston musical known as Nine, for which she won a Tony Award for Best Featured Actress in a Musical. Krakowski also won a Laurence Olivier Award for her performance in the musical Guys and Dolls in the category ‘Best Actress in a Musical’ as well as received nominations for a Tony Award for appearing in the musical Grand Hotel (1989) and in She Loves Me (2016).

How old is Jane Krakowski? – Age

Jane was born of a chemical engineer father, Mr. Ed Krajkowski, and a college theater instructor and artistic director producing for the Women’s Theater Company, Barbara Benolt. In her family, she is the second-born with one older sibling, her brother.

Growing up in New Jersey, Krakowski got involved in the theater world as a result of her parent’s involvement in the industry. They took their daughter with them when there were local theater performances and as a result, Jane began her ballet classes at the age of four. However, she stopped and took up Broadway dancing.

Ms. Krakowski is not married. However, she was engaged to British menswear designer, Robert Godley, from 2019 to 2013 when the two separated. From their union, the two are parents to Bennet Robert Godley who was born in April 2011.

Did actress Jane Krakowski ever date the MyPillow Guy and CEO Mike Lindell?

She attended the Mason Gross School of the Arts Rutgers University in New Brunswick after which she ventured into the acting scene with her first major acting role in the NBC soap opera ‘Search for Tomorrow’ as Theresa Rebecca Kendall aka “T.R” in 1984 until December 26, 1986, when the show came to an end. From 1997 to 2002, the actress had a role as Elaine Vassal in the series Ally McBeal.

Krakowski’s most notable acting role began in 2006 when she joined the cast of the comedy series 30 Rock as Jenna Maroney. She received award nominations for Primetime Emmy’s in the category of Outstanding Supporting Actress in a Comedy Series in the years 2009, 2010, and 2013.

In 2015, Krakowski was cast in the Netflix comedy series Unbreakable Kimmy Schmidt as Jacqueline White, for which she received her fifth Primetime Emmy Award nomination.

Her guest appearances include a 1981 television commercial for the video game Solar Fox; a 1996 guest appearance on Early Edition as Dr. Handleman (season one, episode three: “Baby”); 2003 appearances on Everwood as psychologist Dr. Gretchen Trott, a love interest for Treat Williams’ character Dr. Andrew Brown; and on Law & Order: Special Victims Unit as Emma Spevak, a serial killer of elderly women; and a 2013 guest appearance on The Simpsons episode “The Fabulous Faker Boy” as Zhenya. She guest starred in an episode of Due South, and in multiple episodes of Modern Family.

In the film, Krakowski’s debut role was in 1983 in National Lampoon’s Vacation. Since then she has also appeared in Fatal Attraction, The Flintstones in Viva Rock Vegas (where she played Betty Rubble), Marci X, Alfie, Go, Cirque du Freak: The Vampire’s Assistant, Dance with Me, Stepping Out, Pretty Persuasion, Kit Kittredge: An American Girl, and Mom at Sixteen. Krakowski was originally cast in the horror film Sleepaway Camp (1983) but dropped out just before filming began because she felt her character’s death scene with a curling iron was too violent. She appeared in When Zachary Beaver Came to Town as a mother who wants to become a singer. In 2004, she starred in Alan Menken’s television movie version of A Christmas Carol, featured as The Ghost of Christmas Past. In 2006, she provided the voice of the deer Giselle in the animated film, Open Season.

Jane is a trained singer and has made very many performances on stage. She has performed in such Broadway productions as Starlight Express, the musical Grant, the Roundabout Theater Company’s revival of Company, and in 1996s Broadway revival of Once Upon a Mattress alongside Sarah Jessica Parker.