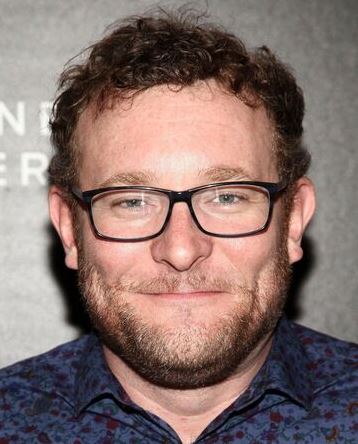 James Adomian is a stand-up comedian, actor, and also an Impressionist. He is an American. He is famous for his work on Comedy Bang! Bang!, Chapo Trap House, Last Comic Standing, The Late Late Show with Craig Ferguson where he impersonated President George W. Bush until 2009, and for portraying Bernie Sanders during the 2016 Trump vs Bernie tour. He voices Talking Ben in the Talking Tom and Friends animated series.

How old is James Adomian? – Age

Who are James Adomian Parents? – Father and Mother

The Comedian has not shared any information about his father and mother’s names in public. He enjoys his family life private just like that. He was raised in Atlanta, Georgia. His family moved to Los Angeles when he was ten years old. He is the grandson of Armenian-American mathematician George Adomian.

He is an alumnus of Los Angeles Baptist High school and attended Whittier college studying for a self-designed major in Economics and Theatre Arts. He stated that he did not graduate during a 2017 interview with Pete Holmes.

Is James Adomian in a Relationship? – Spouse

No, the American Comedian maybe currently single as of 2021. He is openly gay. Further, despite his openness about being gay, he has never opened up on who his boyfriend is. However, his pictures with his fellow comedian, Eric Andre, make it look like the two are dating. But, Eric has dated some girls in the past which clears out the fact that he is not gay. He has no kids yet.

The American Comedian frequently performs live at Upright Citizens Brigade Theatre in sketch and stand-up shows. He is also an alumnus of the Sunday Company at The Groundlings Theatre, where he still frequently performs. He also regularly performs at “The Tomorrow Show” and other stand-up shows in Hollywood. The comedian is known for performing several impressions as recurring characters on Comedy Bang! Bang!.

He began appearing as President George W. Bush frequently on The Late Late Show after Craig Ferguson took over hosting the show in January 2005 until 2009. In 2008, he appeared with comedian Greg Giraldo at venues around the country as part of the Indecision ’08 Tour. He has performed at comedy festivals across North America.

The Comedian has appeared on several other comedy programs. He has appeared in the films Harold & Kumar Escape from Guantanamo Bay and Miss March. As a voice-over artist, he performed on The Onion Radio News, as several recurring characters on the PBS cartoon series WordGirl, as President Bush on a few episodes of MADtv as Jimmy Kimmel on Celebrity Deathmatch, and on a number of other cartoons.

The Comedian often makes live appearances around the country doing standup or characters, particularly at left-wing political events. In 2010, he made several live standup appearances across North America in the Breaking Even tour. In 2011, he was cast as a co-lead in the unaired Kari Lizer pilot project for NBC.

In 2012, the Comedian appeared on Comedy Bang! Bang! as PBS broadcaster Huell Howser, on Adult Swim’s Children’s Hospital as Madonna, and on MTV’s Money from Strangers as himself, also making regular appearances as various sketch characters on Conan.

In 2012, the Comedian released his debut comedy album Low Hangin Fruit. The release was the first album released by EarWolf and received mostly positive reviews. The one-hour stand-up set features personal stories, a number of celebrity impressions, and political material including observations regarding the cultural perceptions of LGBT people.

The Comedian toured the US with the Trump vs Bernie tour in February–March 2016. In 2018, he was one of the headliners at the Portland Queer Comedy Festival. For the Freddie Mercury episode of the 2019 Netflix program Historical Roasts, he played the title character.

The American comedian has an estimated net worth of around $1.5 million dollars as of 2021.