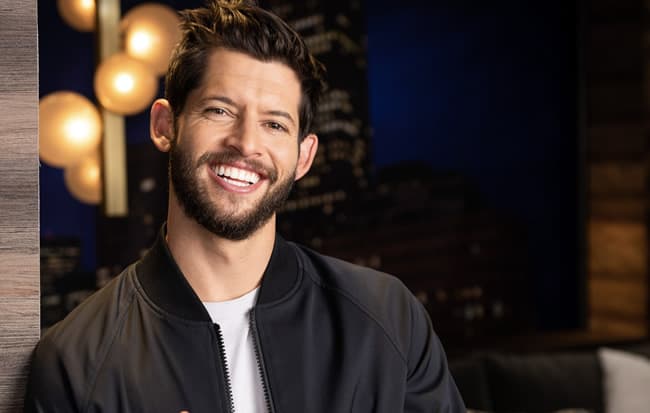 Hunter March is a television programs host, producer and actor from the United States of America. March’s career as a TV host, propelled him to fame with such works as being a host on the Netflix show, “Sugar Rush,” his digital work with AwesomenessTV and on Game Show Network’s program, “Emogenius”. He now works with the E! network as a co-host of the late-night talk show “Nightly Pop” alongside Nina Parker and Morgan Stewart.

How old is Hunter March? – Age

Where was Hunter March born?

Hunter was born in 1991 in California, United States of America.

Who is Hunter March related to?

Hunter is from a family with several well-known, famous entertainers. For instance, one of his grandfathers, Hal March was a popular comedian and host of the game show, “The $64,000 Question” which earned him a star on the Hollywood Walk of Fame. This inspires Hunter to a personal goal to get “his own star right next to his grandfather’s by becoming the entertainment host of the digital media generation.” His other grandparents, Mel Tormé and Candy Toxton were also in the entertainment industry as a musician and actress, respectively.

Who is Hunter March married to? – Girlfriend – Dating

March is not yet married, neither is he known to be in a relationship as of 2020. The last public relationship that Hunter was a part of was with interior designer Lex Lee. It is reported that the last photo March posted of the two of them on his social media platforms was in July 5, 2017 promoting Emogenius, his Game Show Network series.

Hunter is now well-known for his work as a TV host. Prior to appearing on TV, Hunter was quite popular on YouTube. In 2010, March began his YouTube audience and shared his content to a growing number of thousands of subscribers. He then joined Awesomeness TV in 20120 as an intern fetching coffee. According to his own website, we learn that three days after joining Awesomeness TV, he became producer for the show. He became the face of the channel, influencing the growth of the channel’s subscribers to 5 million+. He still produces and hosts a couple of videos by the channel weekly.

He has been the host of the Daily Report for years now. In 2015 and 2016, he hosted AwesomenessTV’s larger-budget daily live talk show, Top Five Live, for Verizon/Go90. He is also a co-host of “You’re Busted,” with Nick Haddad. In 2017, the game show, Emogenius, premiered on Game Show Network with Hunter as the host.

In July 2018, the cooking competition show, Sugar Rush, premiered on Netflix with Hunter as the host. The show has judges: Adrian Zumbo, Candace Nelson and a celebrity guest judge, judge the team of top bakers on the competition for a grand prize of $10,000 in each show.

To add to the list of his hosting and co-hosting roles, Hunter also works as a co-host of the late-night talk show series “Nightly Pop”. His fellow co-hosts are Morgan Stewart and Nina Parker. On the show, the hosts break down the most-talked-about entertainment news stories in candid discussions. The commentary is unfiltered, quick-witted and relatable with their viewers on the top pop culture stories of the week.

Aside from having a natural ability to entertain his viewers, Hunter is also an book author. He has one book to his name, titled TBH and was published in 2017. The book centers on self help with stories from 24 social media influencers. He made a deal with Scholastic, his book’s publishing company, that for every book that is sold, they donate a copy to the Pajama Program.

How much is Hunter March worth? – Net Worth