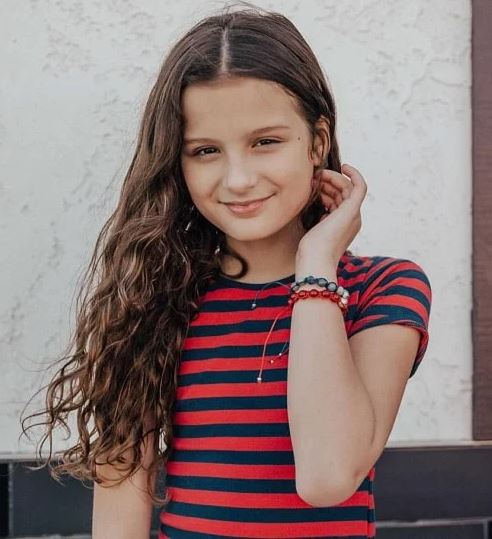 Hayley LeBlanc is an American actress, singer, and social media personality best known for her roles in “Mani” and “Chicken Girls” as well as her YouTube and Instagram pages. She first rose to fame as one of the family members featured on the popular YouTube channel “Bratayley”, which was named after her. Since becoming popular, Hayley has started her own popular YouTube channel and launched her singing and acting career.

How old is Hayley LeBlanc? – Age

Hayley is the daughter of Billy her father and Katie her dear mother. She has two siblings, her brother who passed away in the year 2015 due to a heart condition, and a sister named Julianna Grace LeBlanc, or Annie on social media.

Hayley is one of the siblings featured on the popular YouTube Channel “Bratayley”, which was initially started based on Hayley’s name: a combination of the word brat and Hayley. The Vlog started out as a way for the family to keep in touch with relatives and became a vlog for the family’s daily life.

Hayley started her own YouTube account in 2008 and she has since acquired more than 108 million lifetime views on her account. She posts a variety of content on her YouTube channel, including vlog-style videos, funny videos, challenge videos, and more. Many of her videos include her family, especially her sister Annie, and her parents.

In addition, Hayley runs a successful Instagram profile, though the content and page are managed by her parents. She posts a variety of content, including lifestyle photos, personal photos, modeling photos, and more. Hayley first started her foray into the entertainment industry in 2015 with several video shorts and a smaller role; however, her first big role came in 2017 when she was cast as Harmony in the Brat TV series “chicken girls” alongside her sister.

She contributed her role as Harmony in 2017 in the web series “Mani.” She also had a role on the series “Hotel Du Loone” as the character Jazzy. In 2019, Hayley and her sister Annie were tapped to host their own Nickelodeon digital series titled “Annie vs. Hayley: LeBake off!” The four-episode series found the sisters facing off while making family favorite recipes.

In 2020, Hayley made her foray into the music industry as a member of the group RTW, or Run The World. The group is composed of Hayley, Kheris Rogers, Jessalyn Grace, and Corinne Joy. The group released their song “Diamond Hearts” in the year 2020. Hayley has a variety of merchandise available on her personal website, including t-shirts, hoodies, and much more.

As of October 2020, Hayley has more than 1.53 million subscribers on youtube, 3.8 million followers on Instagram, and 50,000 followers on Twitter. She does not have an official TikTok page.