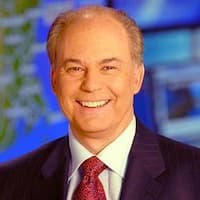 How old is Harvey Leonard? – Age

He is married and the family lives in Natick, Massachusetts. They have two daughters and five grandchildren.

He started his work as a meteorologist at Universal Weather, Inc., where he prepared aviation and industrial predictions. He also taught at New York University and taped reports for radio stations in New York and Connecticut.

For three years, he was the head meteorologist for WPRI-TV in Providence, Rhode Island. In May 1977, Leonard made his debut on Boston television on Channel 7, then known as WNAC-TV. He worked as a staff meteorologist for the first several years. Leonard became chief meteorologist when the station was sold to New England Television and renamed WNEV-TV in 1982, a position he would retain for the following 20 years.

Leonard was selected “Best Meteorologist” by Boston Magazine in 1984, ’86, ’88, and ’92 throughout his long career at Channel 7. In 1980, Leonard worked as a meteorologist for radio station WROR-FM. In April 2002, he left WHDH-TV and joined WCVB-TV in the same year. Leonard was elevated to chief meteorologist again in 2009, this time at WCVB, following the retirement of then-head meteorologist Dick Albert. He added his narrative of the Northeastern United States blizzard of 1978 to the book Extreme New England Weather in late 2010. Leonard is a lecturer at Harvard, MIT, and Boston Medical Center, as well as an active outdoorsman. He is a member of the National Weather Association since its inception. The dean of Boston meteorologists, as he’s been dubbed.

Harvey is a member of the Huntington’s Disease Society of America, among other local organizations. He’s been a part of the Walk to End Alzheimer’s and the Boston Prostate Cancer Walk as a co-master of ceremonies. Harvey has spoken at Harvard Business School and MIT as a guest speaker. Harvey has visited and spoken to hundreds of school and adult groups throughout the years.

The Massachusetts Broadcasters Association named Harvey Broadcaster of the Year for 2019. (MBA) In addition, in 2018, he was inducted into the Massachusetts Broadcasters Hall of Fame. Harvey is credited as being the first meteorologist to correctly anticipate the Blizzard of ’78’s severity and intensity. For more than twenty-five years of broadcast excellence, Leonard received the Silver Circle Award from NATSNE (National Academy of Arts and Sciences New England Chapter) in 2003.