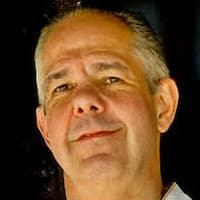 Gary Danko is a chef from the United States. In his cooking, he combines French, Mediterranean, and American styles. In San Francisco, California, he is best known for his eponymous restaurant.

How old is Gary Danko? – Age

He was born in Massena, New York. His real date of birth is not known.

Danko’s father was an immigrant from Hungary. His grandmother was Jewish, and he was raised on Hungarian cuisine with Jewish overtones.

He has not revealed his marital status to the public. It is not known whether he is dating, married, divorced or engaged.

Danko opened his own restaurant, named after himself, near Fisherman’s Wharf in 1999. Gary Danko has also appeared on the Food Network and PBS as a featured chef. Since 2001, Gary Danko Restaurant has received the Wine Spectator Grand Award. The restaurant was named one of 18 Relais & Chateaux properties in North America in 2002.

Diners can choose between three, four, or five prix-fixe menu courses. Roast Maine lobster with white corn, tarragon, and chanterelles, pancetta-wrapped frog legs with garlic purée, and roasted quail stuffed with mushrooms and foie gras are among Danko’s signature dishes. The majority of the dishes are available all year, but the ingredients are changed seasonally to highlight local produce. Danko’s seared foie gras was paired with Bing cherries before it was banned in California in late spring 2012, but with roast figs in early fall. It was recently reintroduced to the menu as Salt Cured Foie Gras Torchon with Pear Compote, Spiced Walnuts, and Country Bread.

Danko began working as a cook at the Village Inn restaurant when he was 14 years old. He had worked in every position in the restaurant by the time he graduated high school. Danko finished his culinary education at the Culinary Institute of America’s Hyde Park, New York campus. In 1977, he moved to San Francisco and began working as a waiter at the Waterfront Restaurant. In 1983, Chef Danko returned to New York to take Madeleine Kamman’s class at Peter Kump’s New York Cooking School. Danko took over as executive chef at Beringer Vineyards in 1985. He later became the executive chef at Sonoma County’s Chateau Souverain.