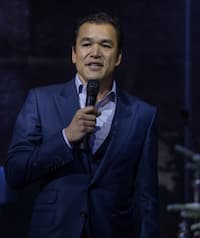 François Perrodo is a French businessman and the head of Perenco, an oil and gas corporation founded by his father with activities in 16 countries.

How old is François Perrodo? – Age

He is the son of Carrie Perrodo and Hubert Perrodo, the founder of the independent oil company Perenco. Since his father perished in a hiking accident near Courchevel in 2006, he has been running the family business. He graduated from St Peter’s College, Oxford, with a degree in physics and captained the University polo team in 1999. Guards Polo Club now has him as a member.

He earned an MBA from INSEAD in Singapore in 2002 after graduating from the École Nationale Supérieure du Pétrole et des Moteurs (ENSPM), currently known as the IFP School (French Institute of Petroleum).

Perrodo has a garage full of some of the world’s most exotic cars, including a road-legal McLaren F1 GTR race car. It’s the racing version of McLaren’s renowned F1 supercar, which was first constructed in 1995 for grand touring style racing and competed until 2005. The No. 61 Lark-McLaren that Perrodo owns was a participant in the 1996 GT500 racing series. The race car, which was driven by John Nielsen and David Brabham, went on to win the championship by defeating the No. 60 sister car. Although it used the same BMW 6.1-liter naturally aspirated V12 engine as the road car, the power was decreased to 600hp to comply with racing regulations. Its lighter total weight and racing hardware, on the other hand, made it far more agile and faster around race tracks.

Perrodo is a motorsports fanatic who began racing historic cars in 2010. He participates in the FIA World Endurance Championship in the LMP2 class, now with the French racing team TDS Racing, after previously competing in the GTE Am class from 2013 to 2016. He has competed in the 24 Hours of Le Mans, the V de V Series, the Blancpain GT Series Endurance Cup, the European Le Mans Series (ELMS), the United SportsCar Championship, and the 24 Hours of Sebring.

Perenco, the world’s leading independent oil and gas company, is pleased to announce the strengthening of its position in Gabon with the acquisition of Marathon Oil Corporation’s wholly-owned subsidiary, Marathon Oil Gabon Limited, which holds a 56.25 percent working interest in three offshore production fields. The transaction is expected to close in the fourth quarter of 2009, with the effective date of the transaction being 1 January 2009.

Perenco’s purchase of Marathon’s holdings in the Tchatamba Marin, Tchatamba South, and Tchatamba West fields will add 15,000 bopd of gross output to Perenco’s present 50,000 bopd of operated production in Gabon.

Gabon has long been a priority for Perenco, and the acquisition of Marathon Oil’s share in these vital fields has only strengthened our position in the country. We are excited to continue developing these industries with our current workers and to remain a committed partner to Gabon.

He has an estimated net worth of $10 billion.