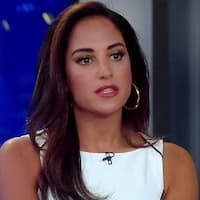 Emily Compagno is an American attorney, television host, and former National Football League (NFL) cheerleader who currently contributes to Fox News Channel (FNC). She is one of the Outnumbered co-hosts.

How old is Emily Compagno? – Age

She is 41 years old as of 9 November 2020. She was born in 1979 in Oakland, California, United States. Her real name is Emily Rose Compagno.

Compagno is the daughter of Katherine (née Bertsch) and John Compagno. Her father is of Italian heritage. She has two younger sisters. During World War I, Emily’s great-grandfather, William Harry Bertsch, was awarded the Silver Star; the “Rose” in Emily’s name honors Bertsch’s wife.

What is Emily Compagno ethnicity?

Emily is White-Caucasian by ethnicity and an American by nationality.

She married Pete Riley, whom she met as a teenager and reconnected with on a Seattle sidewalk, on September 13, 2017, at Hotel Villa Cimbrone in Ravello, Italy, on the Amalfi Coast. The wedding photographers, Jos and Tree WoodSmith, described it as an elopement.

What is Emily Compagno’s Salary?

What is Emily Compagno Net Worth?

She has an estimated net worth of  $2 million.

Compagno earned a Bachelor of Arts in Political Science from the University of Washington, where she was named Cadet of the Quarter by the United States Air Force Reserve Officer Training Corps. She graduated from the University of San Francisco School of Law, where she was President of the Federalist Society and Articles Editor of the Intellectual Property Law Bulletin.

What does Emily Compagno do for a living? – Career

Compagno, in addition to her role at FNC, is an attorney who has been in practice since 2006. She previously worked as a federal managing attorney and Acting Director at the Social Security Administration, one of the top ten largest federal agencies in the United States. In California, she also practiced criminal defense and civil litigation.

Compagno was also a cheerleader for the Oakland Raiders in the National Football League (NFL), where she was captain. She was chosen as an NFL Ambassador while with the Raiders and promoted NFL China in Beijing and Shanghai. She was also one of five NFL cheerleaders to visit US troops stationed in Iraq and Kuwait as part of a USO tour. 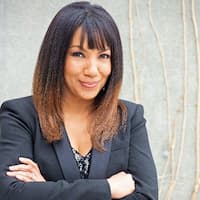 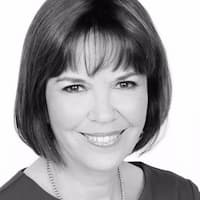 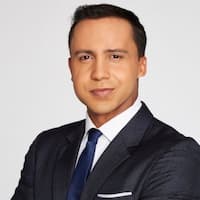