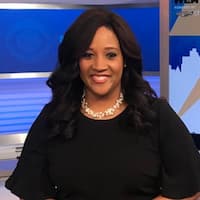 Elise Finch is an Emmy Award-winning meteorologist who began working for CBS2 in April 2007. Ms. Finch joined CBS after working as a meteorologist for NBC’s “Early Today Show,” MSNBC, and NBC Weather Plus.

How old is Elise Finch? – Age

She is one of the two daughters born to James Finch Jr. and Charlette Finch. Finch attended Mount Vernon High School and was raised in Mount Vernon, New York. She graduated from Georgetown University with a Bachelor of Science degree and one of the renowned President’s Awards. She moved on to Syracuse University to pursue a Master of Science in Broadcast Journalism. Ms. Finch graduated from Mississippi State University’s Broadcast Meteorology Program with the American Meteorological Society’s mark of approval.

Who is Elise Finch’s Husband? – Marriage

Where is Elise Finch now? – Career

Ms. Finch formerly worked as a weekend weather anchor for a CBS affiliate in Phoenix, Arizona. She worked as an anchor and reporter for the CBS and FOX affiliates in Youngstown, Ohio, as well as the ABC network in Austin, Minnesota, before that. Finch began her television career working behind the scenes at E! Entertainment Television as a production coordinator for special projects and live events.

Finch enjoys participating in community activities. She’s hosted events for the Alzheimer’s Association of Greater New Jersey, the Westchester Library System, the Mount Vernon High School Hall of Fame, and the JDRF Walk for a Cure, among others. Ms. Finch is a member of the American Meteorological Society and the National Association of Black Journalists.