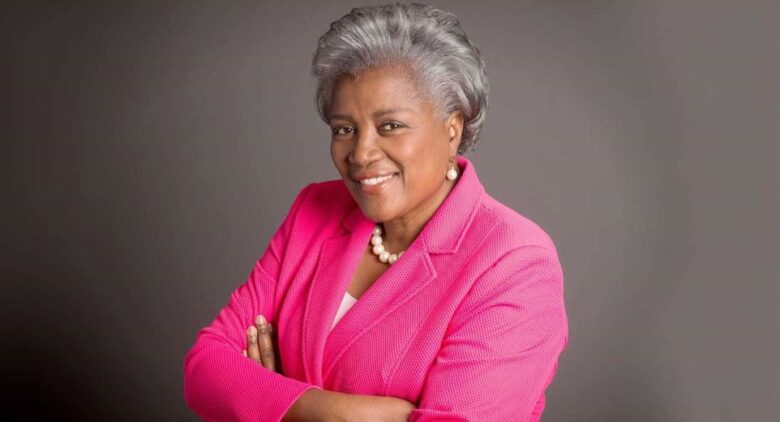 Donna Brazile (Donna Lease Brazile) is a political strategist, campaign manager, and political analyst from the U.S working as a Fox News contributor since 2019. She previously served as acting Chair of the Democratic National Committee twice and as a CNN contributor before her resignation in October 2016, after leaking CNN’s debate questions to Hillary Clinton’s campaign in the 2016 U.S. presidential election.

How old is Donna Brazile? -Age

Brazile is the third of nine children born to Jean Marie (Brown) and Lionel Joseph Brazile. Her sister Sheila Brazile who was born on December 1, 1958, in New Orleans, Orleans, Louisiana in the United States died on December 28, 2012, in Kenner, Jefferson, Louisiana United States.

Brazile was identified by The New York Times Magazine in 1999 as an LGBT activist who served on the Washington Millennium March board. She is ‘highly protective of her privacy’ and called her ‘openly ambiguous’ on her sexual identity, the magazine reported.

Brazile has an estimated net worth of $4 million, which she has earned from her career as a political strategist, campaign manager, and political analyst.

Brazile is the former acting president of the Democratic National Committee (DNC), the author of Hacks: The Inside Account of the Break-Ins and Breakdowns That Put Donald Trump in the White House, and the best-selling 2004 book Cooking with Grease: Boiling the Pots of American Politics. She is also a co-author of For Colored Girls Who Have Considered Politics, which received the Outstanding Literary Work, Nonfiction NAACP Image Award in 2019.

In a just and equal world, Ms. Brazile has dedicated her life to fighting towards social reform, a responsible government, and the advancement of all women. At the age of nine, as she campaigned to elect a City Council member who had vowed to create a playground in her area, she became interested in politics for the first time; the candidate won, the playground was built, and a lifelong enthusiasm for civic change was sparked. Since 1976, Brazil has been working on any major presidential campaign, and in 2000, she became the first African American woman to serve as a major party presidential campaign manager, overseeing former Vice President Al Gore’s campaign.

‘She has lectured on subjects such as ‘Inspiring Civility in American Politics,’ ‘Race Relations in the Era of Obama,’ ‘Why Diversity Matters,’ and ‘Women in American Politics’ at over 200 colleges and universities around the world. In 2013, President Obama selected Brazil to work on the J. Board of the William Fulbright International Scholarship. She is also the proud recipient of more than 10 honorary doctoral degrees from major universities and colleges, including Louisiana State University, her alma mater.

Brazile was the recipient of the W.E.B Du Bois Award in October 2017, Harvard’s highest distinction in African American studies. Brazil has been named by Washington magazine among the 100 Most Influential Women. Brazile was chosen by former Governor Kathleen Blanco to serve on the Louisiana Recovery Board by Oprah Magazine as one of its 20 ‘remarkable visionaries’ As an actor, she moonlights and has made guest appearances on The Good Wife from CBS, and two cameo appearances in House of Cards from Netflix. She was the winner of Good Morning America, a Daytime Emmy Award for Outstanding Daytime Show.