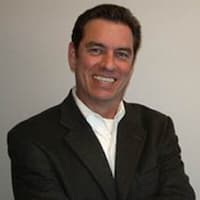 Chris Plante is a syndicated radio talk show host who broadcasts on the Westwood One Network from WMAL Radio in Washington, D.C. He also appears frequently on Fox News and Fox Business.

How old is Chris Plante? – Age

He is the son of Jules Orteig and Barbara Barnes Orteig Plante. He is the stepson of one-time CBS News White House correspondent Bill Plante. He has two siblings; Dan Plante, and Micheal Plante.

His marital status is not known.

Plante spent 17 years with CNN, largely covering the Pentagon and the US military. He worked as a Pentagon Correspondent, Senior Producer for National Security Affairs, Military Affairs Producer, and Assignment Editor for CNN at various times. Plante covered stories for CNN in places like Saudi Arabia, Bosnia and Herzegovina, Vietnam, Indonesia, Africa, and the former Soviet Union’s far reaches.

Plante acquired a weekend radio show at WMAL, which serves the Washington, D.C. metro area, after leaving CNN, and sometimes co-hosted with liberal broadcaster Jerry Klein. Plante switched to weeknights in 2005, and then to the lunchtime slot in 2008. Plante’s show was temporarily replaced by The Joe Scarborough Show in 2009, but due to popular demand, he returned to the 9 a.m. to a noontime slot in October 2009. Mary Walter and Mike Opelka are among the guests. Mark Levin, Michael Savage, and Rush Limbaugh have all had Plante fill in for them.

Plante was nationally syndicated by Westwood One in 2016, replacing Herman Cain’s show, which had reverted to a local show. In Atlanta, Jacksonville, Orlando, Tulsa, and Dayton, The Herman Cain Show would continue to air. Cumulus Media owns both Westwood One and Plante’s home station, WMAL. The Radio Television Digital News Association (RTNDA) awarded Plante the Edward R. Murrow Award for his reporting from the Pentagon during the terrorist attacks on September 11, 2001. Plante received the Reed Irvine Award for Excellence in Journalism in 2015.