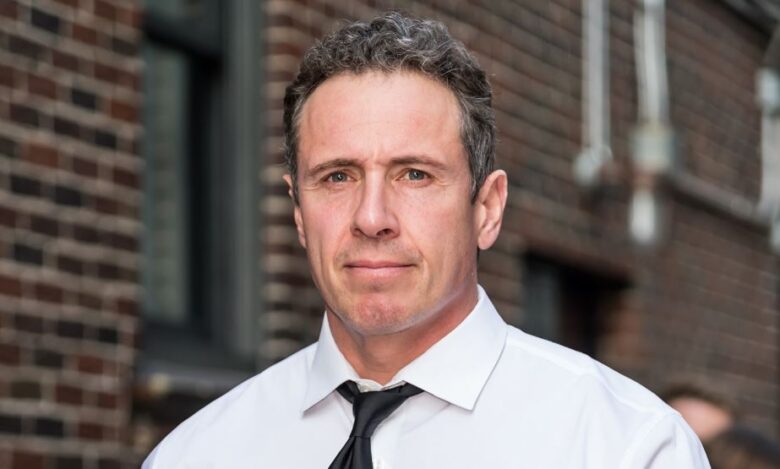 Chris Cuomo is a television journalist from the United States of America who is known for being the presenter of a CNN weeknight news analysis show known as ‘Cuomo Prime Time’. Prior to joining CNN, Chris worked for ABC News as a chief law and justice correspondent and the co-anchor for the television newsmagazine show, 20/20 from 2009 to 2013. He also co-anchored the weekday edition of the three-hour morning news show, New Day, until May 2018.

Cuomo studied at Jamaica, Queens Immaculate Conception School before joining The Albany Academy, a private day school preparatory university in Albany, New York. He also went to Yale for his undergraduate degree and proceeded to Fordham, where he received his J.D. (Juris Doctor) in 1995. Just like some of his siblings, Chris is an licensed attorney.

Chris is 50 years old as of August 9, 2020. His birth name is Christopher Charles Cuomo and he was born in 1970 in Queens, New York, United States.

Chris comes from a family of well-known politicians with his father being a former New York Governor, Mario Cuomo, and his older brother is Andrew Cuomo, New York’s Governor. He is the youngest child of Mario Cuomo and his wife Matilda Cuomo, both of Italian descent.

The Cuomo family is made up Mario and Matilda Cuomo’s five children. The oldest is Margaret Cuomo, a radiologist, advocate, blogger on health and author. The family’s second-born is New York’s Governor Andrew Cuomo who is also a lawyer and author. In third birth-place is Maria Cuomo, followed by Madeline Cuomo as the fourth-born and the last-born is Chris (Christopher) Cuomo. Their father, Mario passed on on January 1, 2015.

Chris is married to Cristina Greeven, an editor of Gotham magazine. The couple have been married since 2001. Their wedding ceremony was conducted in accordance to the Roman Catholic practices in Southampton, New York. They have three children and live in Manhattan.

Chris is a father of three; two daughters and one son. They are: Carolina Regina Cuomo, Bella Cuomo, and Mario Cuomo.

Despite being a licensed attorney, Chris ventured into journalism and began by tackling matters concerning politics and society on CNBC, MSNBC, and CNN. He has worked for Fox News as a correspondent as well as for Fox Broadcast Network’s Fox Files, covering stories that focused on controversial social issues. At Fox, he was also a political policy analyst.

He left Fox and joined ABC where he served as the senior legal correspondent and co-anchored the Good Morning America programme from September 5, 2006 to December 2009. As co-anchor of 20/20, Cuomo covered the issue of the opioid abuse in the U.S., particularly heroin abuse. This contributed to a new look into suburban families in the country. He also covered stories on the Haiti earthquake, bullying, child custody and homeless teens. A tip from a BMW owner and his coverage of the story led to a recall of over 150,000 affected models. Other undercover assignments by Chris have also involved reporting on for-profit school recruiters which also sparked changes in policy and industry cleanup.

In February 2013, Cuomo switched to CNN to co-host its morning show, New Day. He began as  field anchor on February 8, 2013 in an episode of ‘Piers Morgan Tonight’.  Cuomo hosted a documentary series known as ‘Inside with Chris Cuomo’,  focusing  on “stories affecting real people, in real towns and cities across America.” It premiered by the sister network HLN in October 2017.

In March 2018, it was revealed that Cuomo would be switching to primetime to host his own show, ‘Cuomo Prime Time’. Also in 2018, Chris began hosting “Let’s Get After It,” a two-hour weekday radio show on the P.O.T.U.S. channel on SiriusXM.

Cuomo has won numerous nominations for the Emmy Awards. The 12-year-old poet Mattie Stepanek’s Good Morning America profile was honored with a News Emmy, making Cuomo one of the youngest correspondents in network news history to win a News Emmy.

For team coverage, he has been awarded the Polk and Peabody Awards. With the Edward R. Murrow Award for breaking news coverage, the 2005 Gerald Loeb Award for Television Deadline business reporting for ‘Money for Nothing?’, and the American Bar Association Silver Gavel Award for investigating juvenile justice, his work has been recognized in the fields of breaking news, business news, and legal news.

What is Chris Cuomo’s annual salary? – Net Worth

It has been reported that Chris earns about $6 million per annum from CNN and his estimated net worth is at $12 million as of 2020.