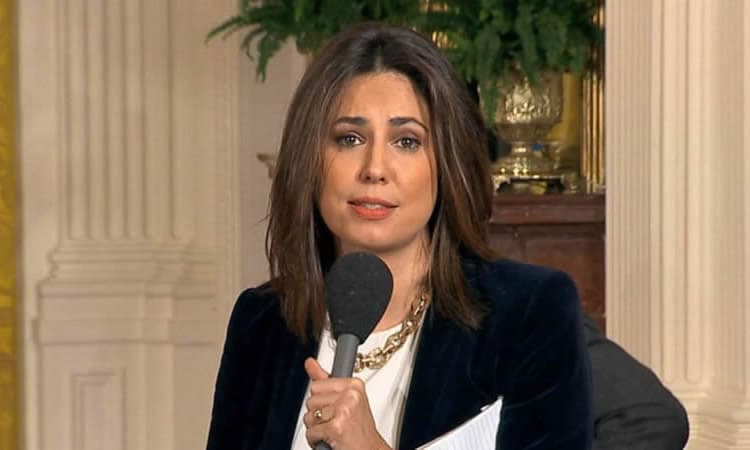 Cecilia Vega is an journalist from the United States of America with an Emmy award for her work and she currently works for ABC News as their Senior White House Correspondent. You can find find her reporting for the network’s shows such as “Nightline,” “Good Morning America,” “World News with David Muir” and “20/20”. Vega is also a News anchor on ABC, often rotating with Tom Llamas in anchoring “ABC World News Tonight” on it’s weekend editions. In her field of journalism, Vega began as a print reporter and writer for the San Francisco Chronicle.

Vega is married to a California Highway Patrol (CHP) officer by the name Ricardo Jiménez. Jimenez is a recipient of Meritorious Achievement Award which he earned for his heroic act of rescuing an intoxicated and despondent man from the edge of the Bay Bridge to safety in 2014. The couple lives in Washington.

Vega began her career writing and reporting for the San Francisco Chronicle, a newspaper in her native town. She then joined broadcast journalism with KGO-TV, an ABC network affiliate station in San Francisco. She stayed with the station for three years and her assignments involved covering stories for the region. In 2010, she and her team of fellow journalists were awarded an Emmy for their reporting.

In 2011, Ms. Vega moved from KGO to ABC News, becoming a correspondent for the network and based in Los Angeles. She traveled the world for her assignments that included; reporting on the radioactive Fukushima nuclear power plant in Japan, to the Olympics in London and to the selection of a new pope in Rome. She has also conducted interviews with prominent people such as Sylvester Stallone and the former president of Mexico, Enrique Peña Nieto (EPN).

On 2nd March, 2015, ABC News named Vega as the new anchor of “World News Tonight Saturday”. She remained an anchor on the program until her naming as a senior White House correspondent in January 2017. As a White House correspondent, Vega has been involved in several exchanges with the president. Her encounter with him that caught major media attention was back on 1st October, 2018, when US President Donald Trump called on her to ask him questions at a press conference. He however, insulted her as he did not like her questions.

In 2016, during the presidential campaigns of various candidates in the United States, Vega was among the journalists covering the journey of certain presidential hopefuls. She spent 500 days in the field and led her network, ABC, in covering Hilary Clinton’s campaign and that of Senator Bernie Sanders. At the same time, she also anchored the Saturday edition of “World News Tonight.”

After the 2016 presidential election, Vega has continued her work, now covering news about President Donald J. Trump. She is often seen pressing the commander-in-chief on emerging issues from his administration including immigration, Russia and the calling of the Covid-19 virus a “China Virus”. She does not shy away from an exchange with the president himself nor with his press secretaries.