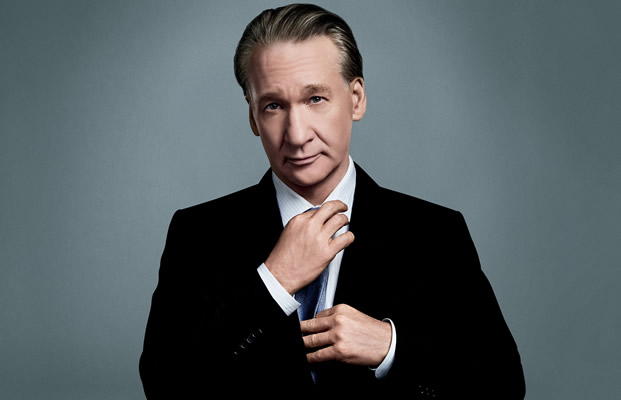 Bill Maher is a comedian, television show host and well known political commentator from the United States of America. He is the host of the political talk show “Real Time with Bill Maher” on HBO through which he shares sociopolitical commentaries and political satires amongst a wide range of topics such as the mass media, religion and of-course political correctness. Maher also hosted the show Politically Incorrect, from 1993 to 2002, first on Comedy Central and later on ABC.

As an animal rights supporter, Bill has been on the board of PETA (People for the Ethical Treatment of Animals) since 1997. The 2008 documentary film Religulous is based on Bill’s critical views on religion. He is also an advisory member on the board of NORML as he supports cannabis legalization. On September 14, 2010, Bill received a star on the Hollywood Walk of Fame.

How old is Bill Maher? – Age

Bill has never gotten married. In his own words, “I’m the last of my guy friends to have never gotten married, and their wives—they don’t want them playing with me. I’m like the escaped slave—I bring news of freedom.” However, he has had relationships, with ladies. His first publicly known relationship began in 2003 when he started dating Coco Johnsen, a former Playboy Cyber Girl. After about 17 months into the realtionship, the two broke up and Johnsen sued Maher for US$9 million for alleged “insulting, humiliating and degrading racial comments” and inflicting “pain and suffering” on her. The charges were dismissed for lack of evidence and the case dismissed on May 2, 2005.

In 2005, he got into another relationship, this time with former hip hop model and best-selling author, Karrine Steffans. Bill dated Cara Santa Maria, a science educator and the co-host of Skeptics’ Guide to the Universe, from 2009 to 2011. Again in 2014, he began another relationship with Canadian singer Anjulie Persaud.

As a political commentator, Maher hosted the late-night political show “Politically Incorrect”, from 1993 to 1997 on Comedy Central and from 1997 to 2002 on ABC. On the show, Maher began with a monologue before introducing guests, four of them from diverse fields. They would then proceed to discuss topical issues selected by Maher himself, who was also a participant in the discussions. This talk show led him to win several awards that include an Emmy Award, a Genesis Award, two CableACE awards and award nominations for writing, producing and hosting his show, “Politically Incorrect”. The show ended in 2002.

In 2003, he began hosting another political comedy show, Real Time with Bill Maher. Apart from hosting, Bill is also a co-writer, co-producer on the weekly hour-long talk show. Just as on Politically Incorrect, Bill begins the show with a current events monologue before proceeding to an interview with a guest. He also invites panelists in studio with whom they engage in discussions of events that have happened during the week. Just like his previous show, Real Time has earned Maher more recognition, with such nominations as Writer’s Guild awards, Primetime Emmy Awards. He has also been awarded such awards as Television Producer of the Year Award in Variety Television by the Producers Guild of America

Maher is a minority owner of one of the Major League Baseball teams, the New York Mets. He purchased the ownership interest in 2012.

Bill is also an author with several publications to his name. They are:
♦  2011 – The New New Rules: A Funny Look at How Everybody but Me Has Their Head Up Their Ass
♦  2005 – New Rules: Polite Musings from a Timid Observer
♦  2004 – Keep the Statue of Liberty Closed: The New Rules
♦  2003 – When You Ride Alone You Ride With Bin Laden: What the Government Should Be Telling Us to Help Fight the War on Terrorism
♦  1997 – Does Anybody Have a Problem with That? The Best of Politically Incorrect
♦  1996 – Does Anybody Have a Problem With That? Politically Incorrect’s Greatest Hits
♦  1994 – True Story: A Novel

How much is Bill Maher worth? – Net Worth

The “Real Time” host is a millionaire, with an estimated net worth of $100 million. His wealth stems from his work as a host, writing, authoring and producing careers.

On Friday, August 7, 2020, Maher delivered a mock eulogy for Mr. Trump on his show “Real Time”. Beginning his monologue, Bill noted that President Trump has not been present during the funerals of prominent figures from the U.S. who have passed on. They include the late former Sen. John McCain, former first lady Barbara Bush, and former Reps. Elijah Cummings, John Dingle and John Lewis. He went ahead to ask, “What kind of spectacular prick do you have to be that everyone’s last request is ‘Make sure that asshole isn’t at my funeral?” He then went on to deliver a satirical eulogy.

I thought, maybe if Trump could hear what a eulogy for him would sound like, maybe that would give him some insight into himself – so I prepared a modest example for him. #TrumpEulogy #FakeFuneral #FlyWhinyLittleBitchFly? pic.twitter.com/ExlTJXcafL