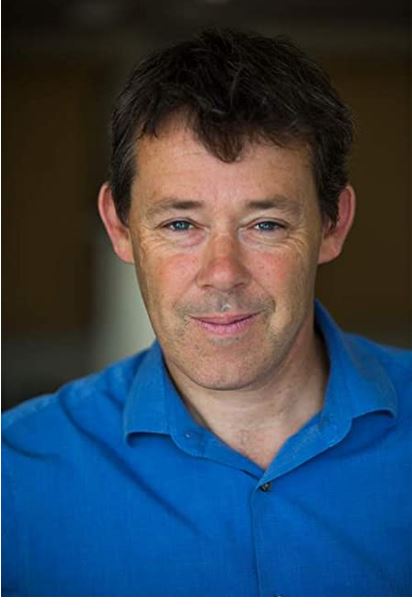 Barnaby Phillips has been the Europe Correspondent for Al Jazeera English since 2006. He was based in Athens, Greece for four years and currently he reports from London. Prior to joining Al Jazeera, Phillips was with the BBC for 15 years, where he mostly reported in Africa. He has also traveled to India, the United States, and the Middle East.

How old is Barnaby Phillips? – Age

Where did Barnaby Phillips go to school? – Education

Between 1981 and 1986, Phillips attended Bedales School, a boarding independent school in the village of Steep, near the market town of Petersfield in Hampshire, Southern England, followed by the University of Oxford, where he studied Modern History, and the School of Oriental and African Studies at the University of London, where he obtained a master’s degree in African politics.

Phillips spent most of his youth in Kenya, East Africa, and later relocated to Switzerland.

What is Phillips Salary?

Phillips has extensive reporting experience in the Middle East, West Africa, Asia, and Europe, covering major stories such as the AIDS epidemic, the humanitarian crisis in Darfur, the war in Liberia, and the 2002 Southern African food crises, the war in Iraq, the South Asian tsunami, the Greek debt crisis, and the Brexit referendum. Phillips began working for the BBC’s African service in 1991 and stayed until 1993. He subsequently worked as a stringer for the BBC in Mozambique, where he acquired Portuguese. In 1997, he spent most of the year in Angola. In 1998, he was hired as the BBC’s Nigeria Correspondent, stationed in Lagos, Nigeria, and in 2001, he was named the BBC’s Southern Africa Correspondent. He worked extensively in the Middle East, West Africa, and Asia while at the BBC, covering important topics such as the AIDS pandemic, the humanitarian crisis in Darfur, the conflicts in Liberia and Iraq, the 2002 Southern African food problems, and the South Asian tsunami. In 2006, he joined Al-Jazeera as one of its Europe Correspondents stationed in Athens. He has also reported from the Balkans and other parts of Europe, such as the Turkish/Iraq border, as well as general elections in the United States (2008) and India (2009). After Al Jazeera’s Athens bureau collapsed in December 2010, he relocated to London to continue reporting on European news issues.                                                                                                                                                                  Phillips created and hosted the documentary “Burma Boy” for Al Jazeera’s Correspondent series in 2011. In 2012, a CINE Golden Eagle Award was given to the documentary following the amazing life of a Nigerian veteran of a Burma campaign, Isaac Fadoyebo.  Another Man’s War, his 2014 book, covers the same tale while also looking at the impact of British control in Nigeria and Burma.  It relates the remarkable story of Isaac Fadoyebo, a Nigerian soldier who was part of the forgotten African army who fought for the British in Burma during the Second World war. The Daily Telegraph called Another Man’s War a “profoundly affecting” novel that “ranks with such masterpieces of wartime fiction as The Great Escape and Darkness Be My Friend.” The Spectator said it was “an extraordinary story, very well told”. In the United States, NPR called it “riveting” and named it “one of the Best Books of 2014.” According to the Times Literary Supplement, it’s “impressive….a riveting military history that takes African witnesses to the final days of the British Empire out of the shadows.” Another Man’s War was published in paperback in June of 2015. It was hailed as a ‘lucid, wonderfully detailed’ book by The Guardian. Phillips most recently reported from the Central African Republic and Ukraine. He was also heavily involved in the coverage of the January 2015 Paris attacks and the Greek financial crisis. Phillips was named Al Jazeera’s UK Correspondent in 2016 and oversaw coverage of the June 2016 Brexit referendum. He left Al Jazeera in 2018 to become the Elephant Protection Initiative’s Director of Communications.
Phillips’ second book, Loot- Britain and the Benin Bronzes was well acclaimed when it was released in 2021. The Financial Times called it ‘captivating must-read.’According to The Economist, it “adds additional and much-needed context to the narrative of the Edo kingdom and its violent conclusion.” This ‘compelling book is full of African voices…balanced, sternly critical of the Brits when appropriate, but at the same time humane, reasonable, and ultimately optimistic,’ according to the Evening Standard. According to the Times Literary Supplement, it is a ‘fair recreation of the Benin story and examines the tough choices confronting European – and Nigerian – institutions. Phillips excels at tracking the circuitous methods in which items may make their way into museums.’ According to the Sunday Times, it is an “ideal time for this helpful introduction to a difficult tale.”