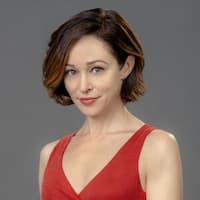 Autumn Reeser is a well-known American actress. She is best known for her roles on The O.C. on Fox, Entourage on HBO, No Ordinary Family on ABC, and The Arrangement on E! She has starred in the films The Girl Next Door, So Undercover, and Sully, as well as ten Hallmark Channel television films.

How old is Autumn Reeser? – Age

She was born to Tom and Kim Reeser. From the age of seven to seventeen, she played a wide range of characters in local musical theater productions. In 1998, Reeser graduated from Carlsbad High School. She moved to Los Angeles after high school and enrolled in UCLA’s competitive theater program, where she studied theater history, acting technique, dance, voice, and movement. She also took acting classes at the Beverly Hills Playhouse.

Reeser married writer and director Jesse Warren in Ojai, California on May 9, 2009. They have two sons, one born in 2011 and one in 2013. Reeser filed for divorce from Warren in November 2014, requesting joint physical and legal custody of their children.

She appeared as Taylor Townsend in Season 3, and a series regular in Season 4 on the Fox series The O.C. Taylor is introduced in Season 3 as an overly ambitious, catty, tightly wound preppy girl eager to fill Marissa’s vacancy on the school’s social board. Taylor dismisses Summer’s challenge at the second meeting of the social committee, citing her lack of historical involvement or knowledge. Summer usurps Taylor’s leadership at the carnival setup, destabilizing Taylor’s planned event. When she and Ryan argue that it is outside of school grounds and she should be welcome, the dean grabs Marissa’s arm and pulls her away, prompting Ryan to punch the dean.

She appeared as Lizzie Grant, an agent formerly associated with the Miller Gold Agency on HBO’s Entourage.  Grant debuted in the Season 6 episode Amongst Friends as a junior agent working in the Miller Gold Agency’s TV division under Andrew Klein. She had an affair with Klein at some point but ended it in the episode Running on E after realizing that her career was not worth jeopardizing.

She appeared as Katie Andrews, a lab tech and Stephanie’s personal assistant at Global Tech and comic book fangirl in the ABC’s No Ordinary Family. She is aware of the Powells’ extraordinary abilities. She is also dating the Watcher (under the aliases Will and later Joshua), but she is unaware that Dr. King has hired her to investigate the Powell family’s abilities. Kitty Pryde is her favorite superhero(ine). Katie developed telekinetic abilities as a result of her pregnancy with Joshua’s child. Katie and Joshua eventually reconnect after he returns and assists Katie in prematurely delivering their baby. The baby appears to be stillborn at first, but its eyes quickly flash green and it comes to life, presumably due to its Trilsetum DNA.