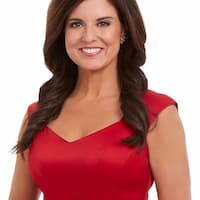 How old is Amy Freeze? – Age

She is the first of five daughters born to Bill and Linda Freeze.

Freeze is the mother of four children. Since 2016, Freeze has been divorced from Gary Arbuckle. She is based in New York City.

Following Amy Freeze’s disappearance from WABC-TV for an extended period of time, some people began to worry about what had happened to her. Some even speculated that she had been infected with the coronavirus. Amy Freeze, on the other hand, informed her admirers that she was recovering after surgery at home.

Amy has been recovering at home after her surgery. Amy didn’t say what kind of treatment she had, but she stated she was great now and eager to get back to work in a Facebook statement.

Where did Amy Freeze go to college? – Education

In 1992, she received her diploma from Jeffersonville High School in Jeffersonville, Indiana. She graduated from Brigham Young University in Provo, Utah, with a Bachelor of Arts degree in Communications in 1995. She is a member of The Church of Jesus Christ of Latter-day Saints. Freeze also graduated from Mississippi State University in Starkville, Mississippi, with a bachelor’s degree in geosciences. Her thesis at the University of Pennsylvania in Philadelphia, Pennsylvania, was the establishment of “the Storm Water Action Alert Program,” which deals with major cities and combined sewer overflows.

Freeze has an estimated net worth of $2 million.

Amy joined Channel 7’s Eyewitness News Weather Team in 2011 after working for Fox News in Chicago as the Chief Meteorologist. She formerly worked as a meteorologist at WCAU-TV in Philadelphia, as a morning meteorologist at KMGH-TV in Denver, and on Portland’s KPTV’s local morning news program “Good Day Oregon.” Her work has earned her multiple Emmy Awards, including “Best Weathercaster,” “Outstanding Host,” and “Surviving Severe Weather,” her weather special.

Amy graduated from the University of Pennsylvania with a master’s degree in environmental sciences. Brigham Young University awarded her a B.A. in Communications with a focus on Broadcast Journalism. She also holds a Bachelor of Science in Geosciences from Mississippi State University, with a focus on Severe Weather and Forecasting. Amy volunteers her time in her neighborhood, speaking to students about weather and supporting humanitarian projects. She has hosted the Miss Illinois/Miss America Pageant in Chicago, as well as the Miles to Fight Melanoma Race and the March of Dimes’ “Dancing with the Stars” competition in Chicago.