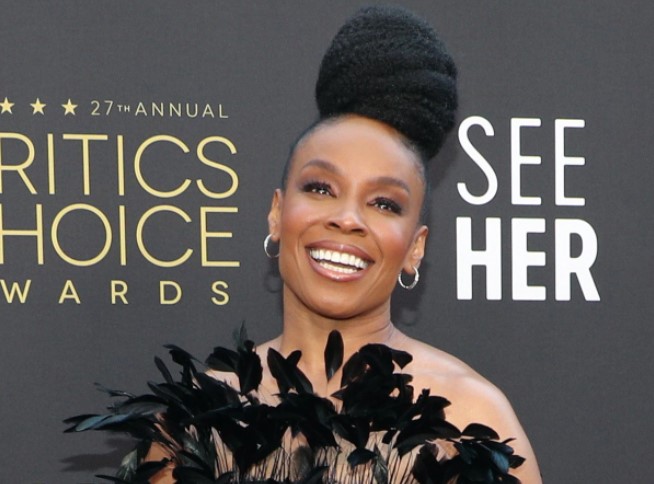 Amber Ruffin is a late-night talk show host of a self-tilted show, The Amber Ruffin Show, that airs on Peacock and NBC. She is also known for being a comedian, actress, author, playwright, and writer most renowned for her work writing for Seth Meyers’ Late Night show since 2014.

Amber made history by becoming the first black woman to write for a late-night network talk show in the USA when she joined “Late Night with Seth Meyers”. As an author, Amber has co-written a New York Times Best Seller with her sister and it is called “You’ll Never Believe What Happened to Lacey: Crazy Stories about Racism”.

How old is Amber Ruffin? – Age

The Late Night with Seth Meyers writer comes from a family of seven. She is the youngest of her four siblings. Only one of her siblings is widely known, older sister Lacey Lamar with whom she has co-authored a book, “You’ll Never Believe What Happened to Lacey”. Their parents are known as James and Theresa, Air Force veterans who also used to run a daycare center until it was shut down after an antagonistic government worker raised issues.

Yes, Amber is a married woman. She has been married since 2010 to Jan Schiltmeijer, a painter from Harlem, Amsterdam. He has a website where he showcases his work which includes portrait paintings of celebrities as well as still life paintings of various everyday objects.

The couple is said to have met in Amsterdam where Amber had gone to work with an international creative group that writes and performs improv and sketch comedy. They began dating and in 2010, they got married.

Do Amber Ruffin and her husband have kids?

Ms. Ruffin and Jan Schiltmeijer do not have any children together.

From a young age, Ruffin had a dream to get into comedy, hence, in her 20s, she moved to Chicago and joined an international theater group known as Boom Chicago. While in Amsterdam in 2008, Amber met her now-husband Jan Schiltmeijer.

This is Amber’s own late-night talk show that was announced on January 16, 2020, and premiered on September 25, 2020. It streams on NBC-owned service, Peacock. The show’s structure is more focused on topical sketches as opposed to the idea of having guests on. Since its start, this show has been nominated for several awards. They include a Writers Guild of America and a Primetime Emmy Award in the category of Outstanding Writing for a Variety Series.

Amber and her older sister Lacey co-wrote a book that was released on January 12, 2021. Its title, You’ll Never Believe What Happened to Lacey: Crazy Stories about Racism. It basically covers entertaining yet horrifying stories of Lacey’s encounter with modern-day racism in her everyday life. The stories are shared through their laugh-out-loud sisterly banter.